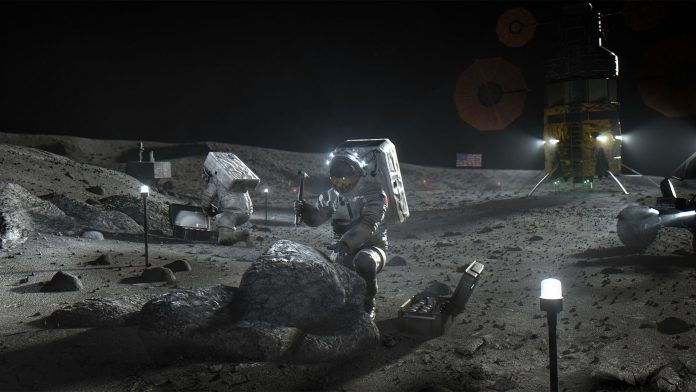 NASA’s moon mission, named after Apollo’s twin sister Artemis, is preparing for its first unmanned test flight. As announced by the US space agency, the Orion space capsule was assembled with an SLS rocket and is now being tested.


The hot phase of preparations for NASA’s next moon landing is now beginning. Space Agency reports. The Artemis mission is designed to enable NASA to return to the Moon. The United States carried out the first successful landing on the Earth’s moon in 1969 with the Apollo 11 mission. At the end of 1972, the last mission to the moon was carried out in this way. Now one dares to make a fresh start. This time the task is to create the necessary infrastructure for long-term missions, including a base camp on the moon.

The preparations are extensive and will take several months. In September, NASA released the first detailed images of the new SLS rocket. Now the tests follow. Among other things, the status of various systems and lines of communication between the spacecraft and ground control are checked.

This is followed by basic and augmentative level functional tests to ensure that all systems are working properly. As standard protocol, NASA will also run a simulation of the countdown sequence. They will then be rehearsed for emergency and aborted takeoff scenarios, as well as “wet rehearsal,” which is filling super-cooled liquid fuel into the rocket. This year’s NASA schedule states that, after a successful rehearsal, the actual start date for the Artemis I test mission will be announced. The start date is currently targeted for February 2022.

See also  How to get Arceus in Pokémon Sparkling Diamond and Sparkling Pearl?