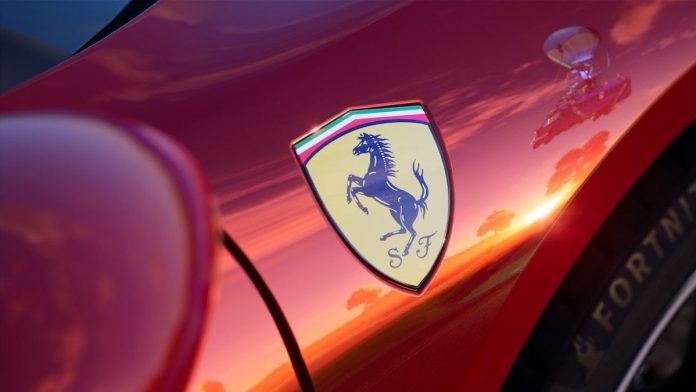 Epic Games has partnered with Ferrari to bring their legendary Italian sports car to Fortnite.

The collaboration was unveiled in a blog post by the Fortnite team, announcing the Ferrari 296 GTB as a new addition to the popular Battle Royale game. The car is officially drivable on the island today, July 22, with players challenging a series of epic missions to put their driving skills to the test.

In addition to the stylish new car, there is a workshop filled with Ferrari-inspired cosmetics available for purchase in the Item Shop. Ferrari pack includes Modena Icon, Maranello Driver outfit and retro Ferrari turbo backpack. They can be purchased together for a total of 1,400 V-Bucks.

Crossovers are nothing new to Fortnite. The game has everything from Marvel’s Avengers, John Wick, all 32 NFL teams, and the Nike Air Jordans it brought into its world. However, so far, it has only shown public displays of various types of cars, making it the first officially licensed vehicle to appear on the map.

Speaking of Fortnite, you might want to read about the graphical updates that were implemented in Chapter 2, Season 7 of the game.