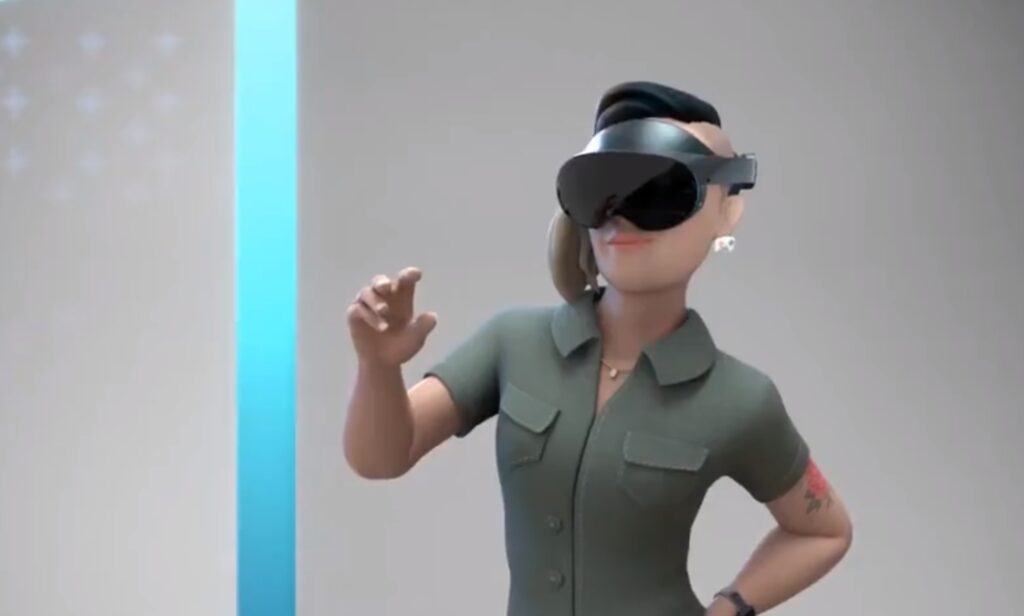 We may have an Oculus Quest Pro leak that gives us our first look at the headset from potentially leaked promotional videos ahead of Facebook Connect this week.

Twitter user Bastian — who in turn credits Samulia — posted a thread with four videos of what look like flowery tutorials for the rumored headphone. Some of these shows even include a headset that doesn’t look very different from the Facebook VP of Virtual/Augmented Reality that Andrew Bosworth was teasing a few weeks ago. Instead of a white Oculus Quest 2, these videos show a black Oculus Quest Pro that looks more like a pair of eyeglasses with a headband and cushion attached to the user’s forehead.

In the first video, we see a single user navigate through the various avatar customization capabilities. Ultimately, the avatar is seen to simulate body, full-body, and facial movements, two features previously popular for Quest Pro.

The second video showed a multi-user collaboration experience including what looks like a Quest Pro controller used as a virtual stylus much like how existing Oculus Touch controllers are used inside Horizon Workrooms.

The third video gives us a better look at controllers that don’t have tracking rings like the current Oculus Quest Touch controllers. The images leaked earlier this year look very similar to this design. We can’t help but wonder if the platform from which the user chooses these controllers is some kind of wireless charging station.

The fourth and final video shows two players inside Beat Saber before a third joins them and jump between what looks like two other apps with a hand swipe.

We haven’t seen any official comment from Facebook about this supposed Oculus Quest Pro leak but we’ll be asking for more information. Facebook Connect takes place this week on October 28, which is when many are expecting the official announcement of the rumored device. We will bring you all the announcements from the show on Thursday.