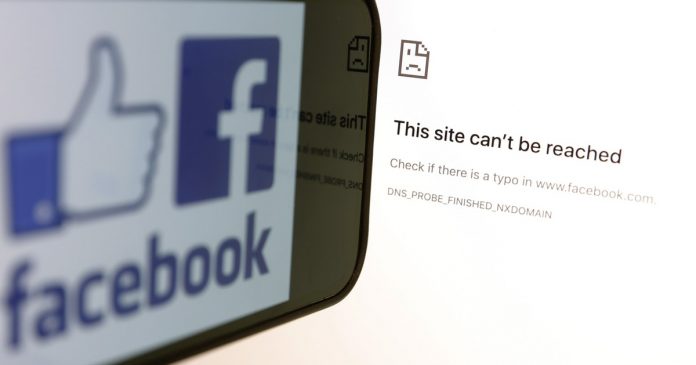 San Francisco – According to preliminary results, the Internet company Facebook has fallen victim to a major meltdown. As two journalists write on Twitter, Facebook employees no longer come to their own offices. This is what NBC News’ Kevin Collier posted on Twitter. Access to the rooms is connected to the internet, as Facebook has been cut off internally.

You don’t know yet exactly what’s behind the DNS issue that knocked Facebook/Instagram/WhatsApp offline, but it’s really bad. Pretty much everything that goes through these three companies is inaccessible. Staff cannot even enter conference rooms because they are the Internet of Things!

Employees also do not have access to internal communications such as emails, New York Times reporter Ryan Mack reported.

Not only is Facebook’s services and apps disabled for the public, but its internal tools and communication platforms, including Workplace, are also down. Nobody can do any work. Several people I spoke to said this equated to a “snow day” at the company.

WhatsApp: Will users soon have to identify themselves with the ID?

The next game shown will look like a spectral retreat