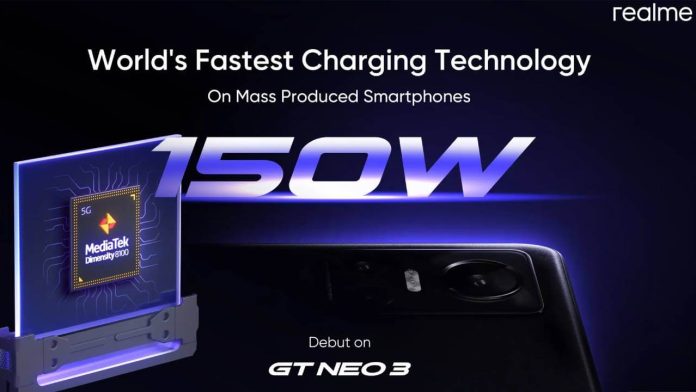 GT Neo 3 could be the first Realme phone with the new UltraDart 150W charging technology. The manufacturer has also confirmed rumors that it will be one of the first phones to be powered by MediaTek’s Dimensity 8100 SoC.

Realme RMX3562 has also been certified by the official authorities. Now appeared with “k6895v1_64” platform. This identifier may be ambiguous, but it shows the maximum speed of the Dimensity 8100 of 2.85GHz.

The new leak also indicates that the four cores of the Cortex-A55 processor are clocked at 2GHz each. These specs pushed the purported Realme GT Neo 3 to single-core scores of over 900 and multi-core scores of nearly 4000: faster than some phones powered by the Snapdragon 888 processor. So not only does the next Realme seem to be able to load super fast, it’s also very fast Also.

To keep up with all the news, follow me Google News or FacebookSubscribe to my rss feed or mean cable-channel!

No Man’s Sky Seventh Expedition is a roguelike journey in pursuit...