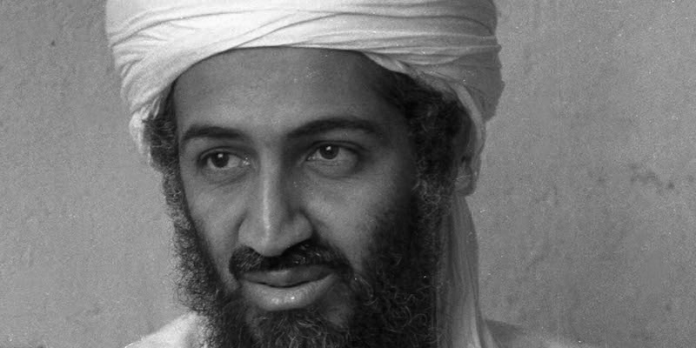 On the night between May 1 and 2, 2011, a US Special Forces team stormed a building in Abbottabad, Pakistan, which in previous months had been identified as a potential hiding place for Osama bin Laden, the commander of US Special Forces. The Islamic terrorist organization Al-Qaeda, at that time the most wanted organization in the world after the attacks of September 11, 2001, of which it was the main organizer.

At the end of an operation More secretive and dangerous Never organized by US intelligence, the Navy found bin Laden on the third floor of the aforementioned building and killed him. For half of the world, it opened on May 2, 2011 with the news of announcing a decade of history, for better or worse. At a press conference In the White House by President Barack Obama, who gave the green light to the mission while it was still on the evening of May 1 in the United States. Between order and killing, Obama appears scrambling to act as if nothing happened at the traditional dinner with White House reporters, something between a regular event and a show where the president is usually invited. To perform a comic monologue.

The tension that arose during the execution of a historic process, which began without much certainty on the other side of the world, intentionally and without warning of a violation of the sovereignty of an allied state, is immortalized in one of Pitt’s most famous photographs. Souza Presidential Photographer. Souza photographed the people inside Case room From the White House, including Obama, Secretary of State Hillary Clinton and then Vice President Joe Biden, at one of the mission’s crucial moments.

After the attacks of 9/11, the administration of Republican President George W. Bush began a series of hostile military operations in the Middle East that officially began with the invasion of Afghanistan on October 7 of the same year. However, according to James Clapper, the director of US intelligence in those years, as of September 11, only one mission consistently outperformed all others: to find, capture, or kill Osama bin Laden.

As for Leon Panetta, the director of the CIA at the time, before the operation, “Some believed that bin Laden was living in a cave, some thought he was in the tribal areas of Pakistan, others thought he might be in Iran, and some thought he was dead.” The truth is that after the attacks in New York and Washington, bin Laden disappeared and the United States was on the verge of arresting him in the early 2000s, in the mountainous Afghan region of Tora Bora.

In the next decade, thanks to the long and demanding military operations in Afghanistan and Iraq, bin Laden’s search did not lead to any tangible results, in fact it stopped. During the early years of the Obama administration, research was resumed and intensified on specific indications from the president, to the point where it led the CIA to hold weekly meetings even in the absence of news. The new effort took the lead in August 2010, when the CIA was able to identify two subjects believed to be reliable messengers for bin Laden.

One of them, known as Ahmed al-Kuwaiti, used to live in a housing complex in Abbottabad, a town north of Islamabad, the Pakistani capital, which is also the site of a military academy. The CIA, suspicious of the secrecy and complexity of the building, surrounded by walls no less than three meters high and fully protected from the outside, placed it under close scrutiny: the Kuwaiti and his brother came and went, but another man, one on the third floor, never came out, until late Evening, in the dark, to wander briefly. 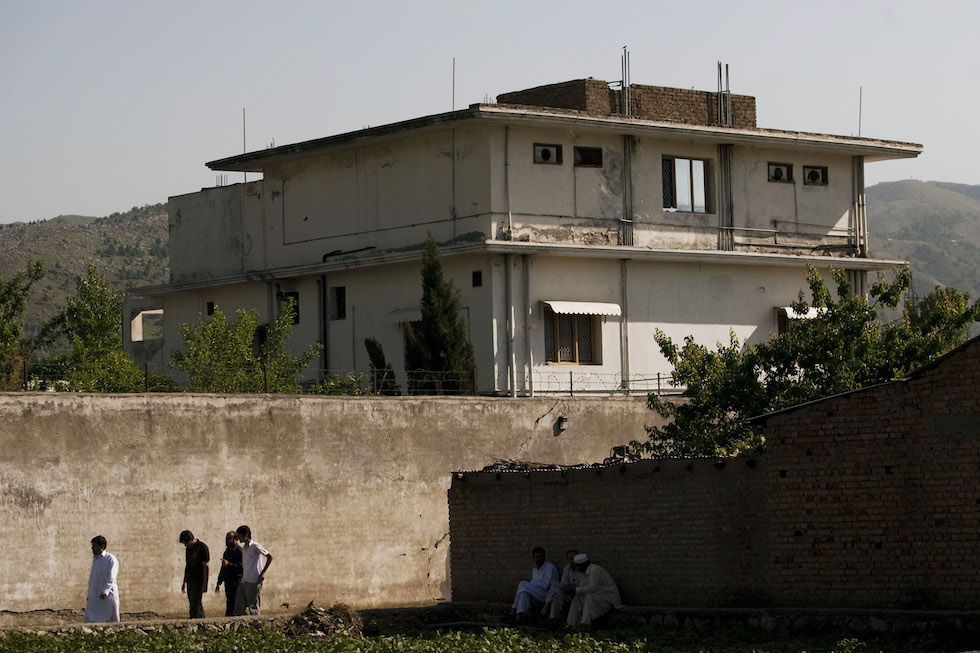 Until the operation was nearly complete, no one was sure it could be bin Laden, but the evidence gathered in previous months removed most of the doubts. The residential complex was not connected to the local water and electricity networks. People who lived there burned their rubbish so that it was not collected and the two carriers traveled for miles and miles only to make a phone call: Kuwaiti was identified, for example, in Peshawar, the city he went to call. About two hundred kilometers from Abbottabad.

In an effort to confirm bin Laden’s presence before embarking on the field operation, the CIA organized Fake vaccination program To obtain the DNA of a resident family member and thus obtain more reliable evidence. Then the CIA called Shakeel Afridi, one of the local health executives, who traveled to Abbottabad in March to start the Hepatitis B vaccination program, a residence to administer vaccinations. However, successful DNA sampling on that occasion has never been confirmed.

Toward the end of 2010, the CIA, Obama and a few authorized persons began planning the operation. Collaboration with the Pakistani armed forces was assumed, but this was excluded due to the possibility that the necessary confidentiality would not be maintained. Panetta and William McCraven, head of the Joint Special Operations Command, Special Forces Operations Command, then proposed two alternatives: a night raid by the army or a bombing of the compound. The latter hypothesis was ignored because it would have caused civilian harm and loss in a country considered an ally and above all because it would have made it nearly impossible to identify the victims.

Also read: The lawyers who worked on the killing of bin Laden

After further assessments and a three-week exercise in a replica of an Abbottabad residential property built in a secret location in the United States, Obama ordered McCraven to stage the attack. To attack the bin Laden shelter, the military was to use two MH-60 Black Hawk helicopters. The first, with an interpreter on board, would have landed close to the building to drive away the locals. The second helicopter was to deal with the raid on the building.

The most favorable weather and environmental conditions for operations were Sunday, May 1, the day Obama canceled all appointments except for golf, so as not to arouse suspicion, because he used to play every Sunday: that day, he was the only one. Make nine holes and not eighteen as usual. Shortly before 2 p.m. – Washington time – the two Black Hawks took off from Jalalabad, Afghanistan, and arrived in Abbottabad before 3 o’clock. 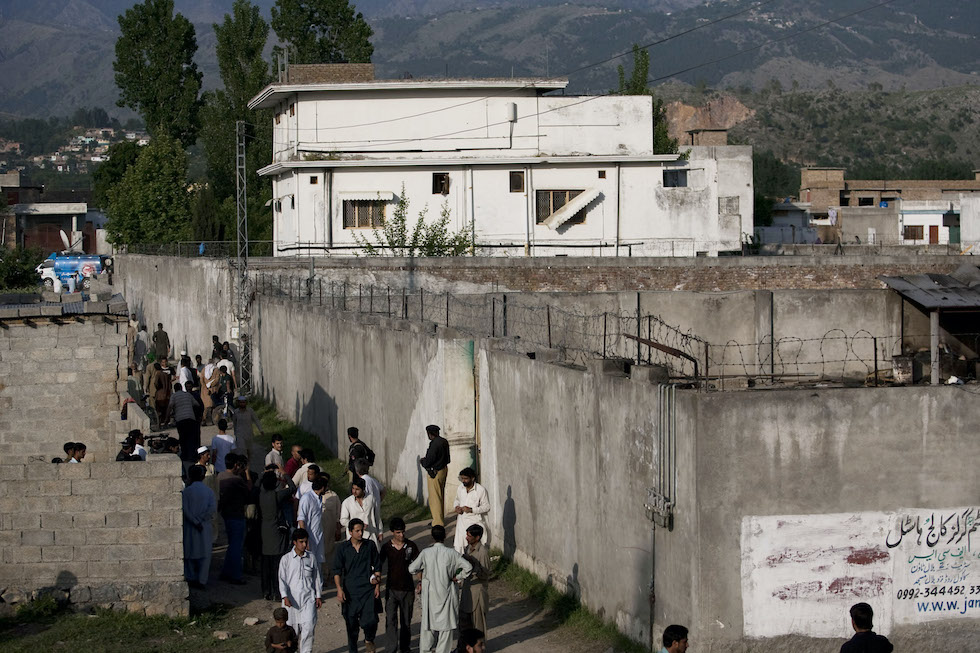 The first helicopter team landed with a rope outside the compound walls. After a few minutes the second team was relegated as well. According to the reconstructions, the Kuwaitis were the first to observe the military. He ran for a rifle, but when he left the house to shoot, he was instantly killed. The division of nine individuals inside the Al-Iskan area split into three groups and the raid began.

Five adult men lived in the house, and three were killed. Upon reaching the third floor, the army opened the bedroom door. After two of the wives were neutered, bin Laden was shot in the head and died. One of the soldiers broadcast the coded message: “For the sake of God and for the sake of the nation, Geronimo, Geronimo, Geronimo.” After a pause, he added: “Geronimo Ikea” (“The enemy was killed in battle”). The body was wrapped in a plastic bag and loaded into the helicopter. Two samples of bone marrow and some DNA test swabs were taken from the cadaver for certain identification. At 3 a.m. local time, the remaining helicopter (the other one, which was damaged during the landing, and was set on fire) returned to the Jalalabad base.

Then it was decided to transport the body by air on board the nuclear-powered aircraft carrier USS Carl Vinson off the Arabian Sea, where a short Islamic ceremony was held before bin Laden’s remains were buried at sea. The operation was carried out in the utmost secrecy, and no photos, videos, or other documents were disclosed on how to handle matters: all to prevent his grave from becoming a haven or a sensitive target for international terrorism.

Eurovision Song Contest 2022: the winner is Ukraine with the Kalush...

A French captain survived for 16 hours in the Atlantic thanks...