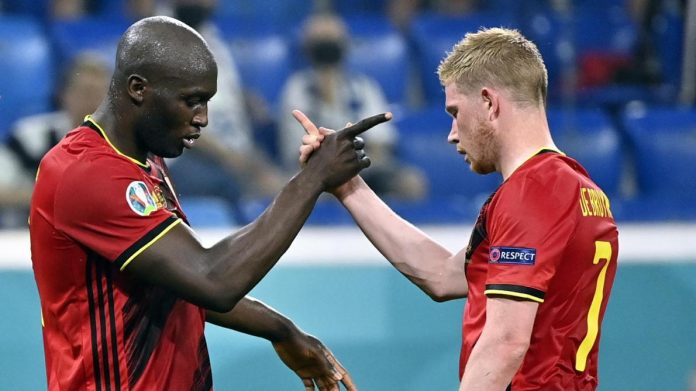 The Red Devils struck a perfect round in the group stage with their victory on Monday night.

TheBelgium signed an important victory Monday night against Finland. After confirming their presence in the Round of 16, the Devils in particular consolidated their first place in Group B. The day after this success, the press was enthusiastic and two names emerged: Kevin De Bruyne and Romelu Lukaku.

The BBC has made Kevin De Bruyne ‘Man of the Match’: “The Manchester City midfielder has touched more balls (107) and made more important passes than anyone else on the field.” A similar story from Gazzetta dello Sport which talks about KDB as “the most dangerous player for the Catalan coach (Roberto Martinez, editor’s note)”.

“They took control and were not really afraid, but for a long time stumbled upon their northern opponent, out of foolishness and lack of success,” wrote the French daily L’Equipe, speaking of Belgium “in an orbit.” The daily also makes Kevin De Bruyne the best player in the game.

For his part, Marca highlighted Jeremy Duques’ performance and described him as “the best player on the field”: “The 19-year-old decided to play against everyone as quickly as possible and his surplus gave the spark to some Belgians who were already thinking of an opponent in the next round.”

“Perfect result for Belgium,” Eurosport headlines on its website confirming the “Olympic” form of Romelu Lukaku, the top scorer on a “full axle full” pass from Kevin De Bruyne.

See also  "I am sure we will see Austria at the World Cup!"