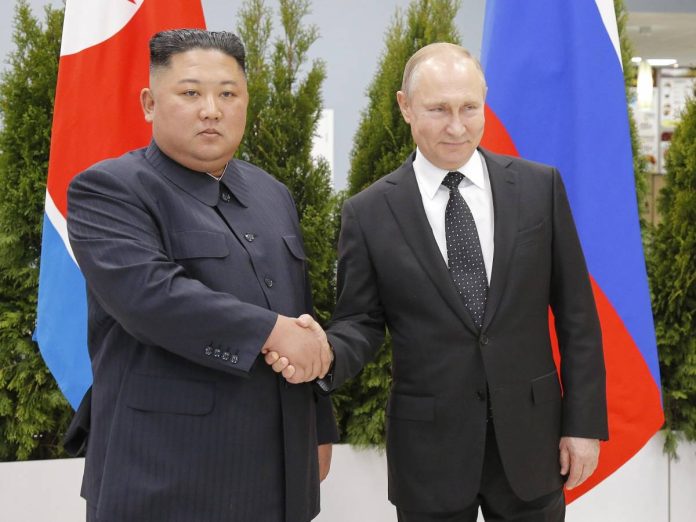 there North Korea expressed support forRussian annexation From the Ukrainian regions Kherson, Zaporizhzhya, Donetsk and Lugansk. Then Pyongyang pointed the finger at United Stateaccusing Washingtonto abuseUN Security Council. We recall that Ukraine severed diplomatic relations with the North last July, after the North Korean government recognized the independence of Donetsk and Lugansk.

North Korea Agency Kcna quote Joo Chul SooDirector General of the International Organization Department at the Ministry of Foreign Affairs. According to Joe, the referendum on joining the Russian Federation “It was held in line with the principles of Charter of the United Nations“.”We respect the wishes of the population aspiring to integration and support Moscow’s position by making the above-mentioned regions part of Russia.Then he added.

At the same time, North Korea’s Foreign Ministry directly intervened in Washington, arguing that the United States applies.”Dual Road Sector Standards‘to manage International Business. “To maintain their undisputed unipolar world, the United States is interfering in the internal affairs of many independent nations and violating their rights by abusing the United Nations Security Council.‘ Joe repeated to himself.

“The United States has waged wars of aggression against sovereign states such as the former Yugoslavia, Afghanistan, and Iraq, but they have never been condemned by the Security Council. The days when the United States can use a file advice As a shield and a means of aggression to maintain sovereignty’,” he reads again in the outgoing note.

The axis between Kim and Putin

Why did Pyongyang express itself on these terms in the Ukraine issue? There are multiple possible explanations. First, the path he took Kim Jong-un It is yet another confirmation of North Korea’s unwillingness to abide by the international norms set by the West.

It is also clear that the North Koreans are trying in every way to use the events inherent in Ukraine as a means of strengthening relations with Russia. Pyongyang’s support for Moscow is now bolstered, and the Kremlin immediately responded by blocking any Security Council resolution condemning Pyongyang for conducting missile tests since the start of 2022, at least 23 between ballistic and cruise. in support Russian President Vladimir Putin, Kim could get other, insignificant advantages. Moscow, for example, could be less stringent in its enforcement international sanctions for North Korea. In addition to the purchase of weapons and other equipment, some rumors, which were denied by the two countries involved, were also reported.

Meanwhile, South Korean and American fighters carried out Accurate Attack DrillsIn response to Pyongyang’s launch of an intermediate-range ballistic missile (IRBM). “With the participation of four F-15Ks from the South Korean Air Force and four F-16 fighters of the US Air Force, South Korean F-15Ks dropped two bombs on a hypothetical target in the Jaekdo Range in the West Sea.South Korea’s Joint Chiefs of Staff said, referring to the Yellow Sea.