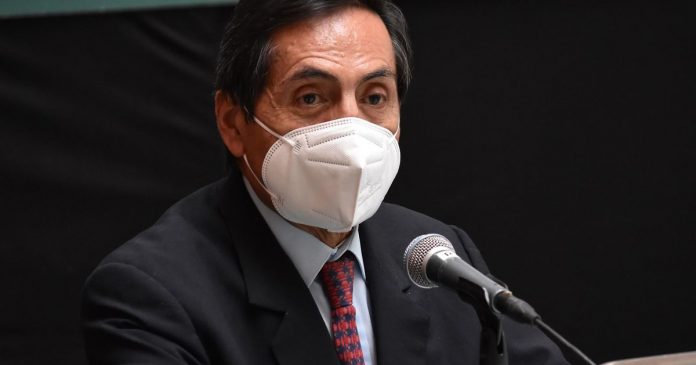 Rogelio Ramirez de la O is officially the new Minister of the Treasury of Mexico.

The plenary session of the House of Representatives, Tuesday, supported the appointment of Ramirez de la O by 319 votes to 53 against, with no abstentions.

The PAN and PRD seats voted against the economic management implemented by Andrés Manuel López Obrador’s government during the pandemic, as well as the country’s low GDP growth.

Similarly, the opposition accused the Federal President of violating the independence of the Bank of Mexico by proposing in advance as governor of the institution, its former head of the Treasury, Arturo Herrera.

“The parliamentary group of the PRD expresses its vote against the opinion. The reason for this situation is not in the absence of legal requirements. The reasons are the rejection of the disastrous economic and fiscal policy of this administration,” said Antonio Ortega.

“We find it hard to believe that the new secretary will be the agent of change for the remainder of the six-year term. The country has spiraled out of control,” confirmed Pan José Rigoberto Mares.

For their part, Morena and his allies defended the appointment of the official, stressing that he would maintain a tight fiscal policy and maintain the country’s financial stability.

Morenista Javier Hidalgo asserted that “neo-liberalism in Mexico will not be repeated.”

Meanwhile, before being ratified in office, Ramirez de la O, in his appearance before deputies, announced that the 2022 economic package that the Executive Board will present for congressional consideration on September 8 will have room to amend the framework tax and will be available. Balanced and responsible with a “deep social dimension”.

At the same time, he stressed that he will maintain the policy of austerity and containment of debts and will not propose new taxes or increase the existing ones.

He stressed that “the president is firm in his position not to increase tax rates or impose new taxes, and we are convinced that we have room to give this certainty and at the same time meet spending needs, always with austerity standards.”

Lufthansa’s big ambitions after the crisis

Elon Musk lives in a 35 square meter house that costs...