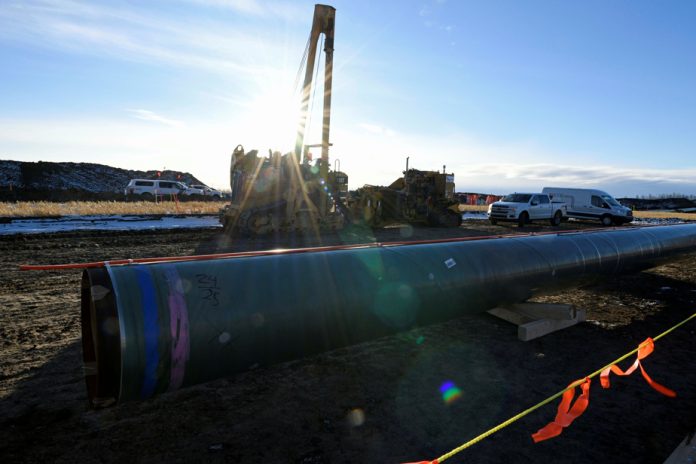 On Sunday, Trans Mountain announced that its crippled pipeline system has returned to service in the wake of storms that battered southern British Columbia, causing landslides and widespread flooding.


In a press release, the company said the Trans Mountain pipeline system was returned to service “safely” after all assessments, repairs and construction of the protective ground were completed.

This work was required after flooding exposed sections of the 1,150-kilometre network carrying 300,000 barrels of petroleum products per day from Alberta to British Columbia.

Crown says it will “monitor the route from the ground, from the air and through the technological systems that operate its control center” after returning to service.

Additional work will be carried out in the coming weeks, in particular “shielding banks, adding a factory cover or moving sections of the pipeline.”

The British Columbia government has asked people to limit themselves to a maximum of 30 liters per visit to a gas station until December 14. It is not known if the legalization will end soon.

Trans Mountain is the only pipeline that transports crude oil and refined products.

See also  The dollar is recovering, the euro is approaching parity