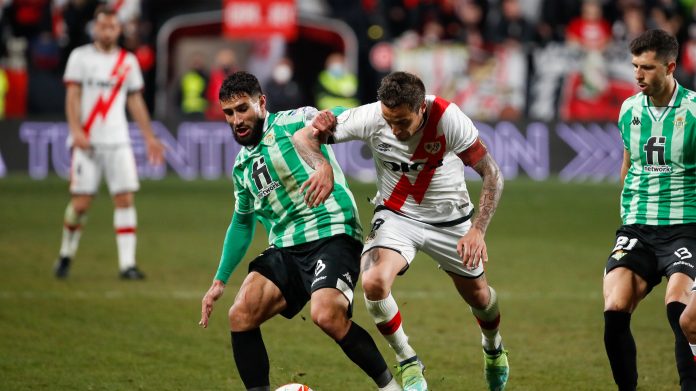 this Thursday, Real Betis, led by Manuel Pellegrini and Claudio Bravo, will host Rayo Vallecano in the King’s Cup semi-final, second leg. In the first leg, the Andalusians won 2-1, thus arriving with the series select feature.

The commitment will take place from 5:00 pm in Chile at Benito Villamarín, Pettis house. for this duel, “Engineer” Claudio Bravo believed in the star lineup. The red goalkeeper comes from being a key player in the classics against Seville, where they lost 2-1, and the Chilean coach supported the goalkeeper because of the criticism he received after he committed a penalty that meant the first goal for his opponents.

“He was not responsible for the first half we played with Sevilla, the whole team is responsible for the goals. We all make mistakes. The first time was very wrong. If a player makes a mistake every time he has to be substituted, that’s not the way to manage teams.” Technician said.

On the other hand, Pellegrini stressed the importance of this afternoon’s match and the responsibility that his team bears after winning the first leg match. “It’s an important match, it allows us to play for two titles if we win. It’s not something that Betis gets involved in every year. The idea is to make achievements that go beyond results. We have more responsibility to win the first game, but The whole club motivated us to reach a final that we did not reach 17 years ago.”

The last time Real Betis qualified for the Copa del Rey final was in the 2004/05 season, when they retained the title. After beating Osasuna 2-1 in overtime. The first time he won the title was in the 1976-77 season, when he beat Athletic Bilbao on penalties.

In the other semi-final arc, Valencia eliminated the Basque team in particular He waits for his opponent to determine the competition.