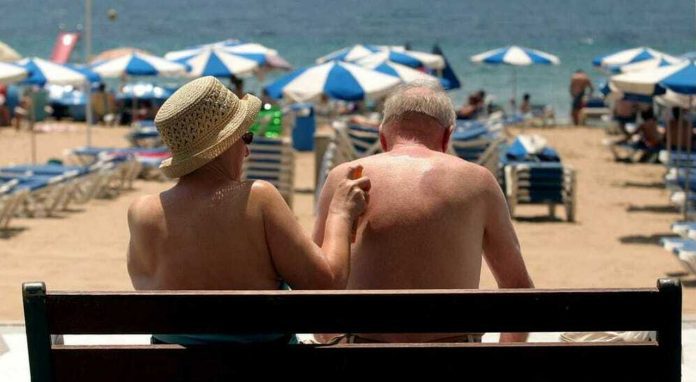 Streams are still small. But it is important economically. Italian retirees moving abroad represent a very limited – albeit growing – proportion of annuities INPS pays outside national boundaries. But they feel themselves when you look at the amounts involved. just think of Portugal, a destination that a few years ago attracted ex-workers from our country thanks to its attractive tax regulations: pensions currently paid are about 3300 but in a total amount of 151 million annually. Compared with Germany Treatments more or less 50 thousand but at a lower cost, 109 million: by and large these are very small checks, which probably correspond to a few years of our compatriots’ work, before moving to German territory. Other popular destinations are Tunisia (in particular by former public servants) and Spain. However, suitability is not the only motive that drives mature Italians to leave our country: even those who make the choice to pursue their children “on the run” for work begin to reveal them through statistics, especially in other EU countries. These are some of the data that came out of the conference “Italy, Pensions and Mobility: Stories of Departures and Returns” organized jointly by INPS and the Foundation for Migrants.

Interventions by President Pasquale Tredeco and other institute directors paint a picture in which the latest stories are of foreigners who arrived in Italy and then, at a more mature age, started to go back where they started. The flow of pensions to immigrants is decreasing, while what goes to returning foreigners is increasing.

In general, Italy pays 326,000 pensions abroad, in about 160 countries, mainly in Europe and North America. But our country is still by far the beneficiary – to a large extent – of payments from abroad. Pensions paid outside national borders cover 56.1% of Europe, followed by North America (22.8%), Oceania (10.7%), South America (8.1%), Africa (1, 2%), Asia (0.6%), Central America ( 0.5%). As for immigrants in our country, Tredeco states that their “balance” remains negative, meaning that, even for reasons of age, they pay proportionately more contributions than social security benefits they receive: “Workers from outside the European Union pay 10.8 billion contributions out of a total of 163 billion and receive Only 1.2 billion in pension benefits out of a total of 300 billion.”

Susanna Thomas, of the institute’s Central Directorate of Pensions, focused on the options of those who left Italy after they had already earned the right to a pension. These people can be divided into three broad categories: immigrants who have received the right to a pension, decide to return to their country; parents of immigrants, who decide to join their children to help them manage their grandchildren or, simply, to avoid loneliness; And finally, those who do so to achieve the economic and financial advantages envisaged by some countries. “Most cases of citizens migrate sporadically simply because they are looking for places more exotic or more comfortable in terms of personal needs.”

This is how China and India help Russia (and go the...