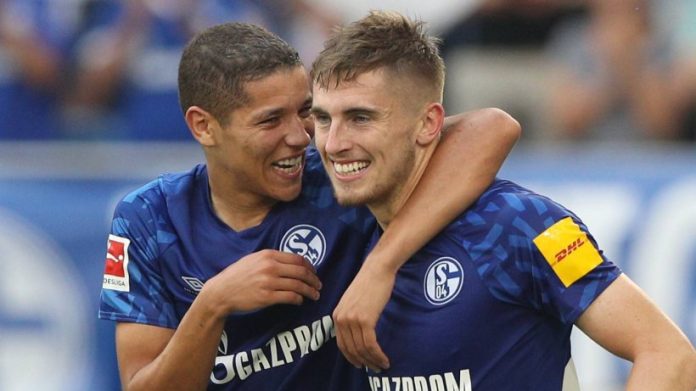 fans Schalke 04 He must bury the dream of Jonjo Kenny’s return.

Former player of Schalke 04 Changes to the Bundesliga – but not to Gelsenkirchen. The Englishman joins Hertha BSC.

In the 2019/2020 season, Kenny played on loan for one year at FC Schalke 04 and knew right away how to impress. With his mentality, he won the hearts of fans, but had to leave at the end of the season.

A year later, Schalke had to let Kenny go again. Everton wanted a right-back. After another loan to Celtic Glasgow, Kenny now faces a permanent departure from Everton FC.

This is Jonjo Kenny:

Former Schalke star Kenny before returning to the German League

The 25-year-old’s contract expires at the end of June, and Kenny can switch for free. Now it should also be clear where: According to Bild and media reports from England, Kenny will play for Hertha Berlin for the new season.

Kenny had previously stated in interviews that the Bundesliga was a serious option for him and that he would very much like to return to Germany – although apparently not for Schalke 04.

However, it probably should not fit into the new salary structure of FC Schalke 04. Which is why the commitment was unrealistic anyway. (FS)