Persia Digest
Home World Schulz in the call with Putin: “The Nazis’ claim to power in... 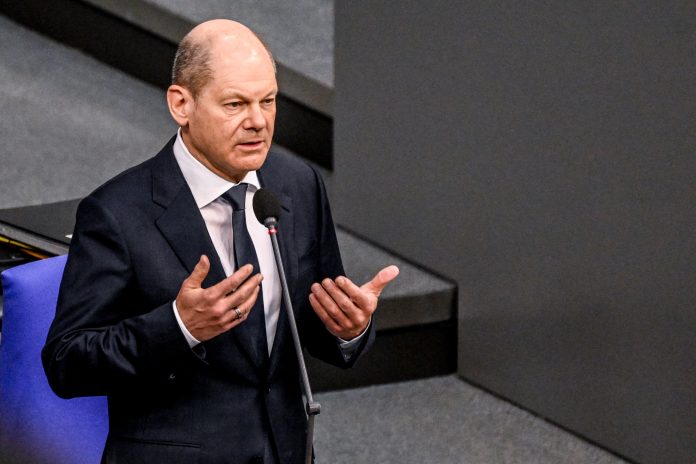 It was a “long phone call” made by the Russian president Russian President Vladimir Putin And Olaf Schultz, as the German Chancellor himself described it, who repeated three points to the head of the Kremlin. There were three main points that the German chancellor touched upon, starting with the request for “a ceasefire in Ukraine as quickly as possible.” Schulz Putin then challenged the theory that the Kremlin has insisted since the beginning of the invasion of Ukraine, according to which there are “Nazis in power” in Ukraine. The chancellor would have said plainly: “The statement is false.” Finally, the interview touched on the thorny issue of the “global food situation” threatening an emergency due to the blockade of grain cargo ships in Ukrainian ports: “I was reminded of Russia’s responsibility,” the German chancellor emphasized on Twitter.

A few hours ago, it was the Kremlin who revealed some details of the phone conversation. The evacuation of civilians from the Azovstal steel plant in Mariupol begins and negotiations. The Russian news agency quoted Kremlin sources tax They talk about how the Russian president dealt with the topic of negotiations, placing full responsibility on Kyiv for the interruption of dialogues: “The talks between Russia and Ukraine were obstructed by Kyiv.” In a conversation with the chancellor, Putin then denounced “gross violations of international law by Ukrainian neo-Nazis.” The phone call also focused on the humanitarian aspects of the situation in Ukraine. “Vladimir Putin explained in detail the logic and the main tasks of the special military operation to protect the Donbass People’s Republics, talked about the measures that were taken to ensure the safety of civilians,” explains the memo published by it tax. The discussion, which was initiated by the German side, ended with an agreement between the two sides to continue the discussion on Ukraine “through different channels”.

No progress in Putin-Zelensky meeting

Meanwhile, the Kremlin is also receiving very discouraging news about a possible resumption of negotiations. «There is no progress in drafting a possible document that Putin and Zelensky “They can sign,” said spokesman Dmitry Peskov always. quoted From the Russian News Agency. “Russia does not oppose the meeting of the two presidents, but it is impossible to hold it without sufficient preparation. Our conditions are well known. It was clearly formulated on paper and handed over to the Ukrainian side. There is no response.” Yesterday, Zelensky said: “I am ready to talk with Putin, but without warning.”

Hagia Sophia, symbol of the World Heritage Site of Kyiv –...