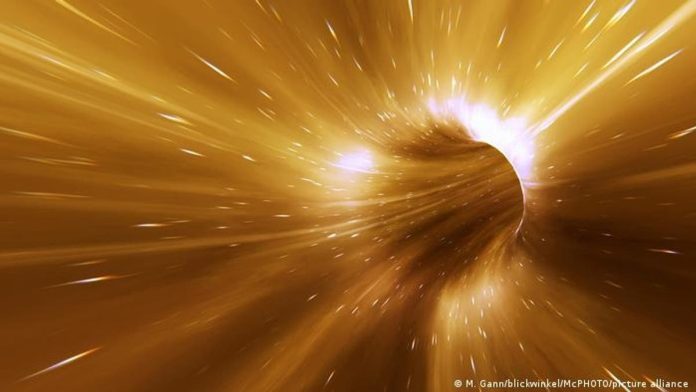 A controversial new theory suggests there may be another universe going back in time before the Big Bang, which may explain the mystery of dark matter.

A recently reviewed paper by an international team of theoretical physicists suggests that there may be The ‘anti-universe’ that goes back in time before the Big Bang and that could help explain the existence of dark matter, the mysterious but abundant substance that fills our universe.

The controversial theory, which is explained in a paper accepted for publication in the Annals of Physics, posits that The early universe was small, hot, and denseconsistent so that time appears the same forward and backward, Live Science reports.

The study suggests that the reason for this universe is that There are three basic symmetries in nature, Known as CPT symmetry: charge (C), because reversing the charge of a particle in a given interaction results in equal and opposite charge; Parity (P), because if you look at the inverse picture of the interaction, you get the same result; and time(T), because if you do a reaction back in time it will look the same.

Physical interactions are generally governed by these symmetries, but physicists have never simultaneously observed a violation of these laws of nature. The researchers now hypothesize that while this symmetry applies to interactions, it can also apply to the entire universe, extending this common symmetry.

For this, to maintain this symmetry, there must be an inverse universe that balances us, which means that it will be full of particles with opposite charges to our charges and a reflex Back in timeAccording to LiveScience.

If so, this “anti-universe” could explain the mystery of dark matter, which is said to make up 95% of our universe but is completely invisible to us.

Dark matter wouldn’t be so mysterious

According to physicists, in the double universe, dark matter will consist primarily of a new type of neutrino – a very low-density, high-energy subatomic particle that They do not have a positive or negative charge-, according to the scientific community, only three species are currently known: electron, myonian, and tau, all of which rotate in the same direction to the left.

All other particles known in physics have right- and left-spin types, so physicists have long wondered if there are other right-spin neutrinos, but they’ve never discovered them.

These are neutrinos “Aimen”The researchers add that it will likely be invisible, but will affect the rest of the universe.

The reverse universe would require one of these new types of neutrinos that we can’t see but are aware of, because they also interact with the rest of the universe only through gravity, similar to dark matter, they say. .

The article explains that if symmetry is ubiquitous, the “right-handed” neutrinos should be just as abundant as their counterparts. “leftists”, This, in turn, would be enough to explain the dark matter discovered by physicists.

‘We will never be able to reach our twins’

Scientists don’t think we’ll ever be able to visit the proposed ‘anti-universe’ as it technically exists “Behind” Big Bang, That is, before our universe began. However, the researchers believe that further investigation of neutrinos and dark matter could be a step toward proving the “anti-universe” theory.