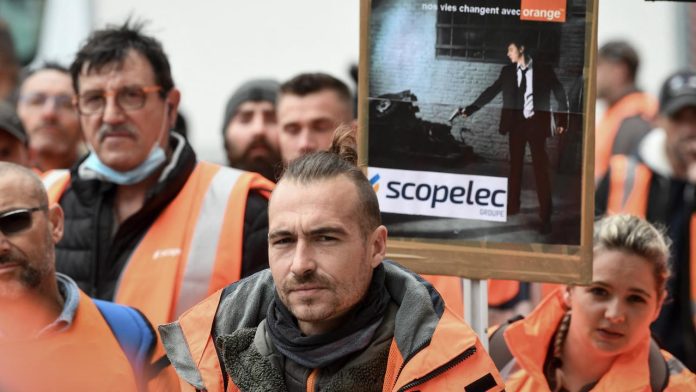 These are the positions “several hundred of its employees” Who will disappear: Scopelec, an Orange subcontractor that has struggled since losing a major contract with the current telecom operator, announced on Wednesday a back-up plan that calls for several layoffs. An informed source told AFP that the number of employees involved should be between 500 and 550, down from 800 dismissals at the said time.

This source said that this figure is added to the more than 1,000 departures (voluntary or employees taken over by other companies in the sector) that have already occurred since the beginning of the crisis at the end of 2021 for this group of 3,600 employees. . “As a result of losing the Orange markets, the company still has to move forward Dismissed several hundred of its employeesand will seek to put in place a social restructuring that best respects its societal obligations within the framework of the protection measure.The group said in a statement on Wednesday.

Scopelec also announced departure “in the coming months” Chairman of the Board of Directors Thomas Vobiani. management has “The process has begun” To find a successor. “The company salutes the work that Thomas Vaubiani has done throughout his tenure and especially during the past seven tense months that have seen him work towards a solution with the state and Orange in order to assert Scopelec’s legitimate rights and to preserve as many jobs as possible after the sudden loss of these contracts. “confirms the group.

L’Unf condemns rising cost of living for students under Macron

Bayonne: Caregivers at Glain Vaccination Center threaten to throw in the...