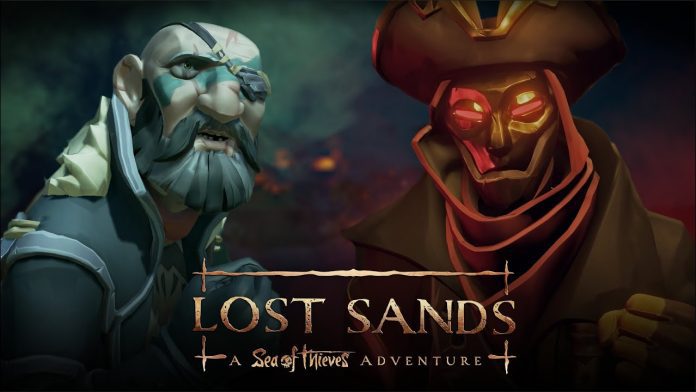 After announcing that players will decide the future of the Golden Sands outpost, Sea of ​​Thieves has finally revealed a trailer and release date for this new adventure!

Even though Merrick and his crew have lost everything, they still have hope. Even though the Flame Servant had destroyed the Golden Sands, the bearded old man and his sailors had not yet given up. Unable to rebuild on their own, they will need special help: help the players!

This new adventure has the advantage of inviting all the pirates in the game to choose a side: the Reapers side or the Merrick crew side. This adventure will be free of course and will run from May 26 through June 9.

At the moment, we don’t know what the consequences will be for the players’ choices, but we can believe that rebuilding the outpost will once again allow you to enjoy it as if nothing had happened, while the devastated left might make way for a new bleak port of bone reaper. .

While you wait to find out more, you can actually boot because Sea of ​​Thieves is available on Xbox Series X | S, Xbox One, and PC via Steam and the Microsoft Store. The game is of course included in Xbox Game Pass, PC Game Pass, and Xbox Cloud Gaming.