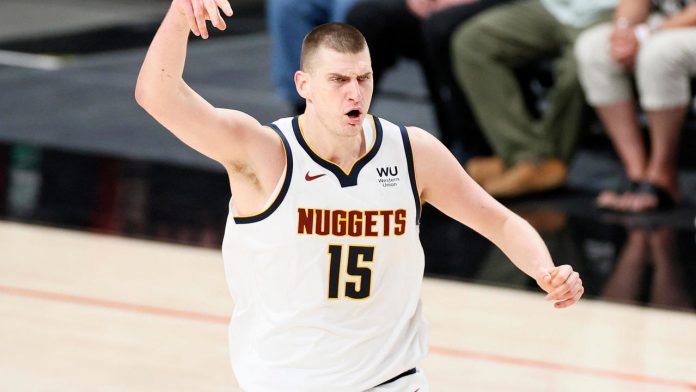 Serbian Nikola Jokic of the Denver Nuggets was named MVP of the 2020-2021 NBA season on Tuesday, completing his remarkable rise to the top of the league after arriving in 2014 as the 41st pick of the NBA.

The 2.10-meter-high Serbian center earned the honors MVP after a season in which he scored the best 26.4 points per game with 8.3 assists and 10.8 rebounds.

“From a stats point of view, I think this has been the best season of my life,” Djokic said shortly after the award was announced.

The 26-year-old center is the lowest pick to win the Player of the Year award and the first player in Denver history to receive the award.

“Honestly, I didn’t even think about being in the NBA when I started playing basketball at home,” Jokic recalls. “I was playing in the Europa League, because it was the closest league to my country. But then the Denver Nuggets picked me, it was an opportunity to become an NBA player, and I think I did a good job taking advantage of that opportunity.”

– on the highest level –

Jokic was instrumental in steering Denver to the second round of the playoffs this season (the Eastern Conference semifinals), finishing the regular season 47-25 despite injuries to key players such as Jamal Murray, PJ Dozier and Will Barton.

“He was in great shape and is back ready to play,” Mallon said. “He didn’t settle for the season. He’s back playing at a high level, and he’s done that in every game we’ve played this year.”

Djokic agreed with his coach’s assessment. “We had a very good season last year and had two months off. I started the season very well and played really well all season.”

The Serbian began his career playing in the National Leagues before being selected by Denver with the 41st pick in the 2014 draft. He entered the NBA in 2015, a year after being drafted.

A three-time NBA All-Star, Jokic signed a five-year maximum contract for $148 million in 2018.

At the international level, he was a member of the Serbian national team that won the silver medal at the 2016 Olympic Games in Rio de Janeiro.