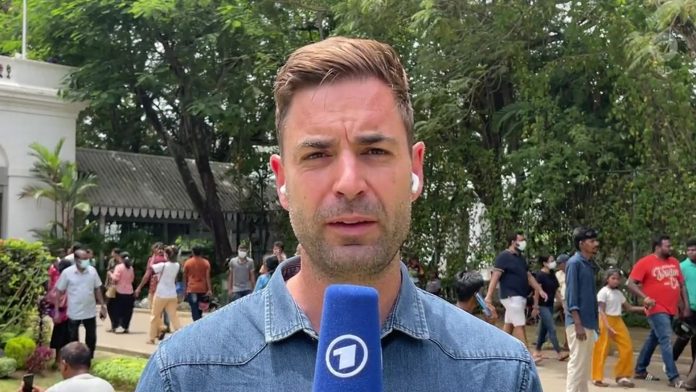 After the announcement of Sri Lankan President Rajapakse’s resignation, there is silence in the capital today. Reports suggest that people are having picnics in the courtyard of the palace ARD-Correspondent Oliver Mayer From Colombo.

Sri Lankan President Gotabaya Rajapaksa announced his resignation on July 13 following mass protests. After that the situation calmed down. ARD-Korresponent Oliver Mayer Talks about a surreal situation in Colombo. People wandered around the President’s House premises, took photos and sat on the lawns and picnicked. Generally the area resembles a high security zone.

Many in Sri Lanka want an entirely new government, the mayor continued. This can happen during the week. However, he feels that this is unlikely to solve the country’s problems. The Asian nation has accumulated more than $50 billion in debt. “It won’t vanish into thin air.”

Chisora ​​gets revenge on Pule and has to fight Wilder