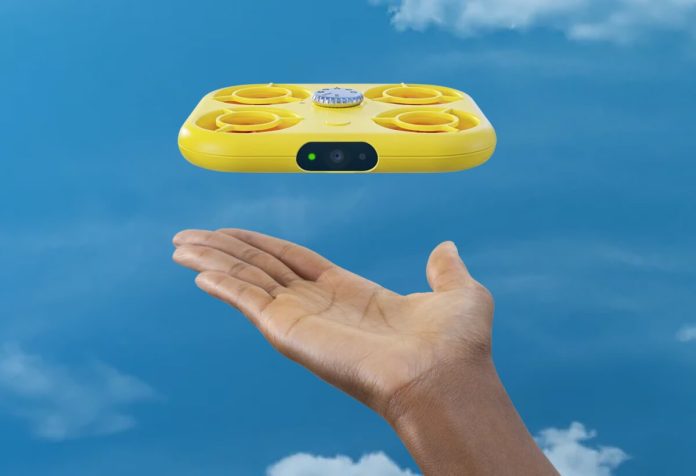 snap chat Announced the imminent arrival of a small drone with its logo: pixie. It is designed to allow us to easily take photos and videos.

Describe Snapchat Pixy as ” A friend’s camera is flying next to you The mini drone provides users with four flight paths, including hover mode and motion tracking.

Pixy can fly as far as a few feet from the user and back to land in hand. Photos and videos taken by the miniature plane are automatically saved to Snapchat Memories. Thus, the user can access certain creation tools to edit the footage.

Pixy has a battery that provides 40 minutes of autonomy, with a storage space of 10 GB, in other words, the small drone can store up to 100 videos.

Note that Pixy is compatible with iPhone 7 and later (with iOS 4 at least), as well as Android smartphones (version 8.0 or higher).

The cost of the small drone is 274.99 euros. At the moment, it is accessible in France and the United States. Pre-orders have already been launched and will be delivered within 3 months.

Besides the tiny drone, Snapchat has announced several new features for creators and brands.

See also  These are free games