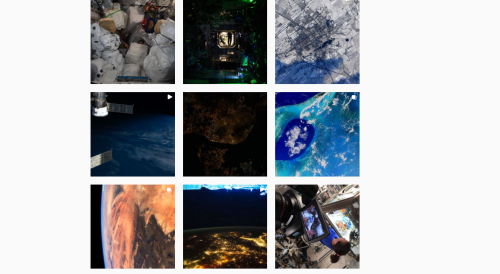 Every week since April 24th, Thomas Pesquet has published photos of our planet.

He was my favorite French astronaut in space for a month.

Every week since arriving on the International Space Station on April 24th, Thomas Pesquet has posted photos of Earth on social media.

His goal is to get internet users to travel from his unique perspective, by trying to convey messages about global warming and the environment. Among the sumptuous collection of photos, discover the extremely arbitrary choice of wording.

These color streaks stand out even more in the sky in space. Thomas Pesquet never fails to immortalize this moment.

The photo was taken during a flight over Saskatchewan, Canada.

It makes the world a point of honor for sharing original views from French lands. Rooster Doodle Doo!

The desert plateau in Chad

Another view of the desert suggested by the astronaut.

These photos were taken over Europe between 8 pm and 3 am.

> Eye of the desert