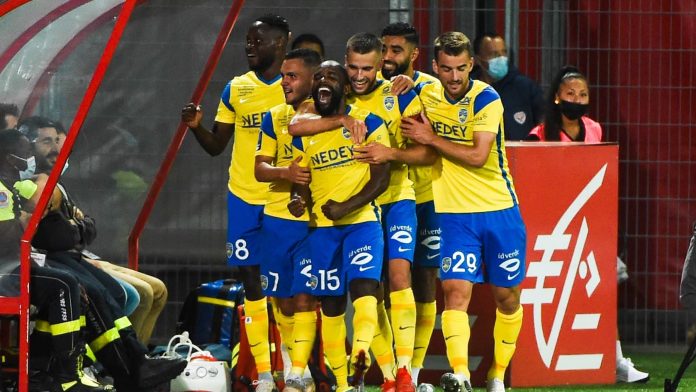 Represented by Ligo 1, Dijon enjoyed Sochas’ law at the end of the first day of Ligo 1 (1-3) this Monday evening.

The Sosos, especially with the well-oiled joint game, went on to sign a beautiful win (3-1) at Dijon, freshly knocked out of Ligu 1 this Monday evening at the Gaston-Gerrard Stadium at the end of Day 1 of Ligu 2.

The Socialists won the fight between the climbers thanks to the goals of Cayton Weissbeck (53rd), Aldo Kalou (74th) and Alan Virginius (90th + 6).

Dijon, with a deeply reshuffled staff – only three of last season’s survivors were in David Linares’ starting line-up – could only reduce Roger Asale (84th) at the end of the match.

Following on from this promising victory, Paris FC (1st) finished second in the L2 standings a day after their 4-0 win over Grenoble, while Cain was 2nd in the table, beating Rhodes at home by the same score.

The first period was entirely for the benefit of Sochas, with its small sizes (Tony Murcio, Kalulu, Maxim do Codo Dixira) sacrificing Dijon’s defense.

Burgundian goalkeeper Baptiste Rainet, especially against Calcutta (16, 21), had to work in the absence of an out-of-the-box, before a defense to delay the opening of the scoring.

But that’s what’s going to happen from the start of the second half: Sochax’s first goal, led by Weisbeck (53rd), is midfielder Valentine Henry in the long cross.

In the 75th minute, Biz repeated: In another long pass from behind, Weissbeck’s shot was deflected by Reynolds’ foot, which doubled Sochaz’s lead.

Earlier, Dijon goalkeeper had made a good save by stepping out of its surface again at the feet of Deeksira, super rookie Sochas (62nd).

First tribute to Jean Costex before his last cabinet