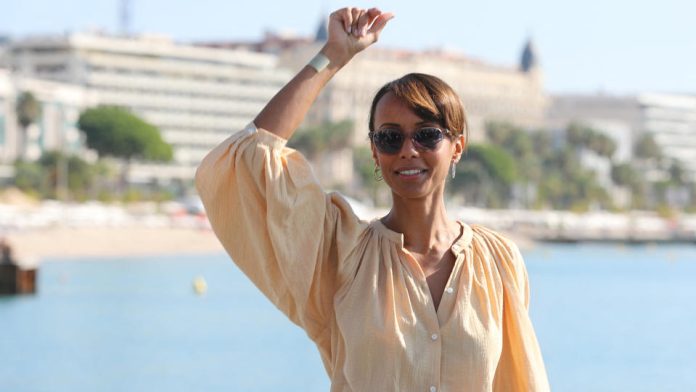 Former Miss France Sonia Roland was indicted on Monday in a case of “unfair gains” for accepting a “gift” from the former Gabonese head of state, Omar Bongo, in 2003. A luxury apartment located in the 16th arrondissement of Paris. His lawyer invokes “naivety”.

The facts date back to 2003, reported Paris. That year, the actress had now received from the Bongo couple an apartment in the 16th arrondissement of Paris worth 800,000 euros, under the regime of a civil estate company (SCI).

Since 2010, French justice has been investigating the great heritage collected in France by Omar Bongo and other African heads of state. According to the investigating judge in charge of the investigation, the former Miss France should have known that this “gift” was obtained through an illegal financial arrangement.

The buyer of the apartment was a French decoration company, with a branch in Gabon “has an account in a local bank, deposited in it for years, bags of cash, handed over by Bongo employees,” she reported Release.

In April 2016, properties in Paris and Nice, located on the French Riviera, owned by the family of Gabonese President Ali Bongo – son of Omar Bongo, who succeeded his father as president in 2009 – were seized.

“I did not know that”

Heard on January 6, 2021 at a free hearing by the Central Office for the Suppression of Serious Financial Crimes (OCRGDF), then Sonya Rowland claimed the discovery of a fraudulent acquisition of the apartment. I did not know the method of financing and was not interested in it, I reassured the former lady. I didn’t know that the Bongo family had acquired so much property in France.”

According to Sonia Rowland’s lawyer, his client “showed naivety”: “My client was 22 years old and had come out of a period in which she was projected into a world she knew nothing about, which justifies her representative at Le Parisien. She denies any wrongdoing.

According to Liberation newspaper, she said that in 2001 she met Edith Bongo, the wife of the former Gabonese president, when she was sponsoring the Miss Africa pageants. In 2002, Madame Bongo allegedly told her she was going to give her a gift to thank her for the photo she passed on to Africa.