Persia Digest
Home science Starry Nights: The Sky Is Waiting For You 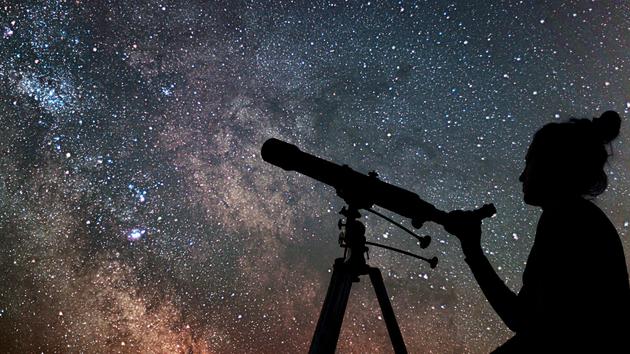 From August 6 to 8, the French Astronomical Society invites the general public to observe the sky, especially the meteor showers that light up August nights.

A corner of the countryside without ambient light pollution, a blanket, sharp eyes and a dreamy soul: once night falls, sit back and roll your eyes to enjoy one of the three star nights on August 6, 7 and 8. A free show hosted by the French Astronomical Society every year in the middle of summer. Hundreds of observation sites are provided, driven by amateur astronomers. The full program is available on the association’s website, afastronomie.fr.

Read also:At the Saint-Véran Observatory, a glimpse into infinity

We must hope, however, that the sky of summer 2021 will wipe away its tears a little and give up spoiling the party: Météo-France announces Saturday evening clouds over a very large part of the country, with the exception of the Southeast. Expect more heavenly mercy on Sunday night. On the other hand, good tidings, the Moon will be discreet and its radiance will not quell its distant night companions: as it sets monthly from Sunday, it will be invisible or nearly invisible during these three star nights.

A little after 9:20 p.m., sunset time (Saturday at the latitude of Paris; a little earlier in the east, a little later in the west) you can first admire the brightest planet, Venus, low enough on the horizon (about 10 degrees above the horizon, towards the west); Be careful, the early bird will disappear below the horizon after an hour. Saturn (10 degrees southeast, then up to 22 degrees south about 1:30 a.m.) and Jupiter (5 degrees east – southeast at 10:30 p.m., then up to 28 degrees on the southern horizon around 3 a.m.). A simple telescope can show you the rings of one and the satellites of the other.

See also  Why was the image of the Milky Way's black hole obtained 3 years later than expected?

But you will have to wait until the end of astronomical twilights (11:38 pm this Saturday in Paris) to fully enjoy the show … then look for the stars: the twinkling points of Vega, Deneb and Altaïr (they are part of the “summer triangle” made up of the constellations of Lyra and Cygnus and Eagle), the white line of the Milky Way, the spiral cloud of the Andromeda galaxy … Sky charts, which can be set to the desired date, time and location, are available exclusively at stelvision.com (map above).

But the stars of this 30th anniversary of Star Nights will be the towering stars, the tiny dust of comets or asteroids that burn up when they enter the atmosphere. August Perseids presents us: the wreckage of Comet Swift-Tuttle, darkening at a speed of more than 200,000 km / h and “brightening” 115 km above our heads to die at an altitude of about 90 km. All at a frenetic pace: nearly 100 meteors per hour during the peak, which this year will take place on the night of August 12-13!

The Perseids have this advantage over other regular and intense rain of shooting stars that are the Quaternary (appearing at the beginning of January), to enter our atmosphere in August when the sky is (generally…) clear and nighttime temperatures are mild enough to invite observation. Put your glasses and telescope here: your eye will be much better, because it is alone “Provides a ‘wide-angle’ view that allows us to understand the whole phenomenon”, slips from the French Astronomical Society.

But as you watch them (they seem to come from a point above the northwest horizon, in the constellation Perseus), remember that these deer are not only an opportunity to dream while making wishes come true. Comets and the asteroids that originated from them are the oldest celestial bodies in our solar system. Their study is the study of our history, the history of the Earth and our planetary system”, pleads the French Association of Astronomy, which states that the composition of comets and, to a lesser extent, asteroids is the same as it was at the birth of the solar system. To watch the Perseids is to jump into the early ages of the world…

also to see Two years after taking the first images of the giant black hole M87, astronomers have detected a magnetic field swirling around its edge.

Two years after the first images of the giant black hole M87, astronomers have revealed a magnetic field swirling on board Watch on Figaro Live

Dead by Daylight: Stranger Things DLC is set to disappear this...