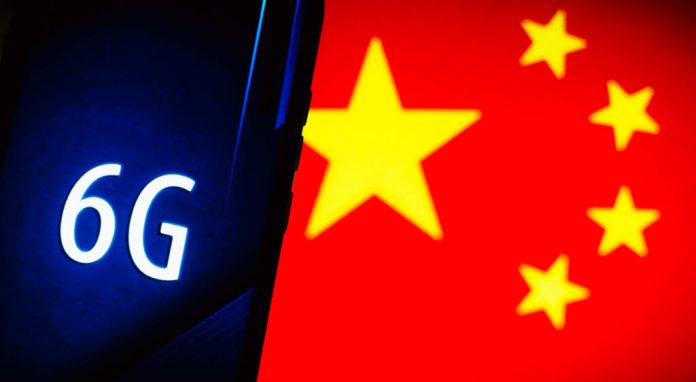 Under its 14th Five Year Plan, China plans to increase its support for research and development of 6G or sixth generation Internet. 6G is said to come after the current 5G technology, although the global standard or definition has not yet been agreed.

China aims to increase the share of the digital economy in its GDP by 2025 with the support of next-generation technologies such as 6G internet and big data.

This ambition illustrates China’s efforts to advance in new technologies that will continue its competition with the United States in areas ranging from semiconductors to artificial intelligence.

In a document released last week, China’s state council, the country’s top governing body, said the “key industries of the digital economy” would grow from 7.8% in 2020 to 10% of GDP in 2025.

Targets are part of China’s 14th Five Year Plan, a development plan that runs from 2021 to 2025. Last year, China highlighted areas of “advanced technology” for which it aims to increase research and become self-sufficient. The document provides more specific objectives for the coming years.

China predicts that the number of users of the fastest gigabit broadband currently available will increase from 6.4 million in 2020 to 60 million in 2025.

In fact, increasing Internet connections and speeds is part of China’s strategy to increase the role of the digital economy in GDP.

According to the plan, China will promote commercial deployment and large-scale 5G use. 5G is about the next generation of internet, which promises faster speeds. It has already begun to spread in China and other countries.

But Beijing’s plan also offers ambitions on 6G or the sixth generation Internet. China plans to increase support for 6G research and development and is participating in developing international standards for 6G. China began laying the foundation for 6G work in 2019. The fifth generation has just begun to emerge, and there are still no accepted standards or definitions of what 6G is.

The move aims to play a major role in setting technology standards around the world, the world’s second-largest economy, which, according to analysts, could have a major impact on Beijing’s power in areas ranging from mobile internet to artificial intelligence. Globally accepted technical rules and standards for how technologies work.

China’s project also follows the theme of self – sufficiency in areas such as semiconductors. This document also covers other areas such as cloud computing, data center construction and cross-border e-commerce.

Beijing has promised to continue the regulatory oversight of the domestic technology sector. Over the past year, China has tightened restrictions on Internet companies and introduced new laws in various areas Confidence against data security.

The State Council document states that it will examine the establishment of governance systems that are compatible with the “sustainable and healthy development of the digital economy”. He said Beijing would clarify the responsibilities of different regulators and strengthen cooperation between different authorities.

Video Domino Challenge: Why did the show annoy Internet users?