Persia Digest
Home World “The dead and the prisoners, what are you afraid of?” Wrong... 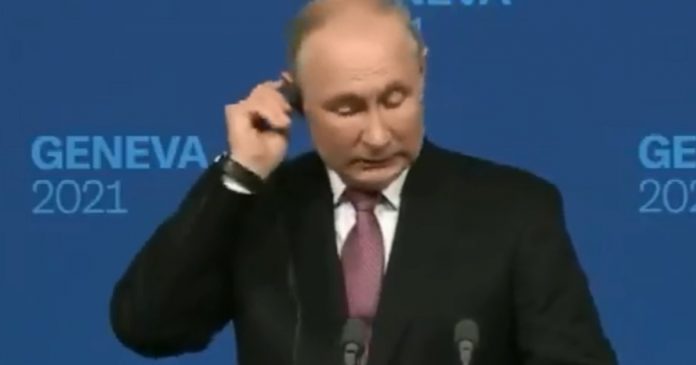 Russian President Vladimir Putin He was visibly upset by a reporter’s question cryAnd the Rachel ScottAfter the two-and-a-half hour meeting with the US President الرئيس Joe Biden. The reporter first asked the Russian president what was said during the summit about cyber attacks and then asked him: “Mr. President, the list of your political opponents who are dead, imprisoned or in prison is long. They demand free elections and an end to corruption, what are you afraid of?A clear reference to Alexei NavalnyHe is Putin’s main political opponent in Russia, who has been in prison since January, after his arrest at Moscow airport.

Putin responded, annoyed by the people allegedly part of the unauthorized opposition in the country: “I have already told your colleagues, and now I have to repeat it to you. The United States has publicly declared Russia an enemy.” Hence it is he who raises the question: “What political organizations will the United States support, especially if it pays for it?”

In any case, the summit between Putin and Biden at Villa Lagrange in Geneva was defined as “constructive”. Important progress could have been made between the two presidents: the Russian president announced that he had reached an agreement for the return of ambassadors and for consultations on cybersecurity. As for the tense relations with Ukraine, the leader of the Kremlin He made it clear that he wanted to “facilitate new agreements.”

Hong Kong has a new ruler