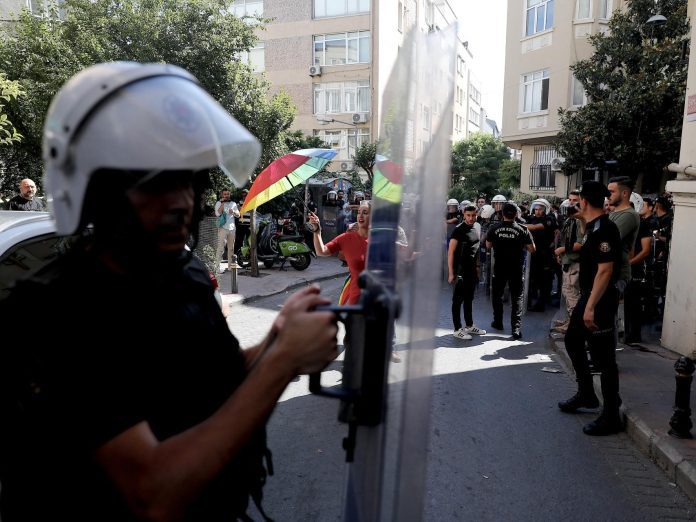 Turkish police arrested more than 200 participants in a LGBT rights protest in Istanbul today. The event organizers deplore this. Authorities cordoned off most of the central district of Cihangir and prevented people from gathering. The protest was previously banned for security reasons.

Security forces surrounded and detained people with rainbow flags and other symbols of sexual and gender diversity even before the protest began. According to the MLSA Bar Association, among those arrested was Bulent Kilic, an AFP photographer. Despite the police measures, people waving rainbow flags gathered in the narrow streets of Cihangir, a neighborhood where many artists, authors and theater personalities live, while residents expressed their disapproval of the arrests by hitting pots.

Several associations had launched the pride march under the slogan “resistance”, expressing criticism of what they described as an increasingly hostile environment for LGBT people in Turkey. The authorities also banned other events related to Pride Week. Having been held unimpeded for more than 10 years, the Istanbul Pride Parade has come under increasing pressure since it was first banned in 2015.

See also  Choose a butterfly and discover your true personality

We may have crossed the point of no return at the...