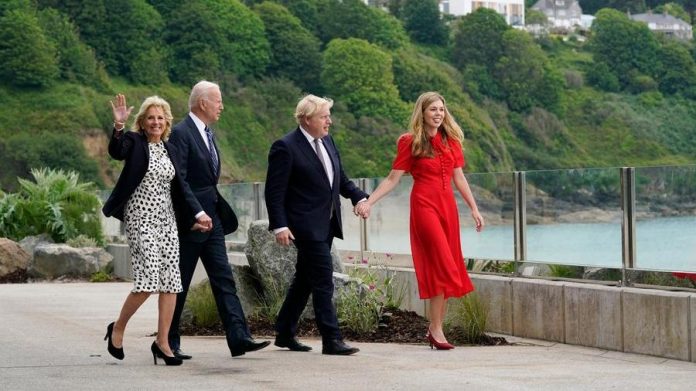 The US President expected the G7 issues, at the conclusion of the meeting with Boris Johnson, and explained: “We have a responsibility to everyone, to offer a helping hand in a difficult moment. America will be the world’s vaccine arsenal. Vaccination is key to reopening. As long as the virus continues to emerge elsewhere, there is a risk of new mutations that could threaten our population. The United States will donate 500 million doses of Pfizer to 92 middle- and low-income countries. These Pfizer vaccines will save millions of lives around the world and will be manufactured in the United States. Our values ​​are those who demand to do everything possible to vaccinate the world. We will lead the world out of this pandemic by working with our global partners.” The White House then specified that these vaccines would be produced in Michigan, Kansas, Missouri, Connecticut and Massachusetts and that deliveries would begin in August. All of these doses would be donated through Covax, the global initiative that was launched To help the poorest countries.

In Carbis Bay, Cornwall, the official start of the G7 summit was preceded by a confrontation between Joe Biden and Boris Johnson. The US President and the British Prime Minister appeared smiling in front of the photographers, accompanied by their wives Jill and Carrie, despite Eve Tensions, linked to US disappointment with tensions between London and Brussels over the Northern Ireland Protocol.

After a meeting that lasted more than an hour, They signed the new “Atlantic Charter”, The 21st century version of the 1941 agreement between Winston Churchill and Franklin D. Roosevelt, which helped lay the foundations for the United Nations and NATO. The two leaders promised to defend their countries’ “enduring values” from old and new challenges. The new document, “building on the commitments and aspirations outlined 80 years ago,” looks at the challenges posed by countries such as China and Russia, with promises to advance free trade, human rights and the international order and to confront “those we try to undermine our alliances and institutions.” The new charter also targets “interference through disinformation” in elections and opaque economic practices, accusations leveled by Western countries against Beijing and Moscow. Biden and Johnson also pledged to build stronger global defenses against health threats, ahead of the summit focused on the Covid-19 pandemic.

“We have affirmed our special relationship as a special relationship between our peoples and a renewed commitment to defending the democratic values ​​we share.” Thus Joe Biden spoke of his “very productive” meeting with Boris Johnson, during which he “discussed a wide range of issues on which the United States and the United Kingdom are working closely.” Noting that a declaration renewing the “strong foundation of our alliance,” the Atlantic Charter was signed 80 years ago, Biden stressed a renewed commitment to jointly addressing “the major challenges of this century: cybersecurity, emerging technologies, global health and climate change.” “We discussed common goals to advance an ambitious action plan for the climate crisis,” he concluded.

See also  Travel: the new rules for the European Union, the United States and Great Britain

Johnson to Biden: “We married better people than us.” But he left behind an embarrassing Carrie Symonds

Before starting their bilateral summit, Biden and Johnson paused to admire St Ives Bay with their wives. “It’s great, I don’t want to leave,” the US president said. In another interview captured by reporters, Biden joked, “It was a pleasure meeting your wife. I told the prime minister that we both got married beyond our means. The prime minister replied, ‘I don’t deny it.'”

Prime Minister Johnson gave Biden a framed photo depicting a mural of Frederick Douglass, a former slave who became a leading figure in the abolition of the slavery movement. Instead, First Lady Jill Biden was honored with the release of the first edition of the book The Apple Tree: A Short Novel and Several Long Stories British writer and poet Daphne du Maurier. Downing Street has made it clear that the writer was chosen in particular because of her connections to Cornwall, the land that inspired many of her stories.

The look of the US first lady, Jill Biden, sparked a black jacket over the dress with the words “Love” written on it, arousing the curiosity of reporters. “I think we bring love from America,” the first lady replied to reporters who asked her about the reason for this choice. “We are trying to bring unity in the world – he explained – and I hope people will feel a sense of hope after this year of the pandemic.”

India acquits a Catholic bishop accused of raping a nun