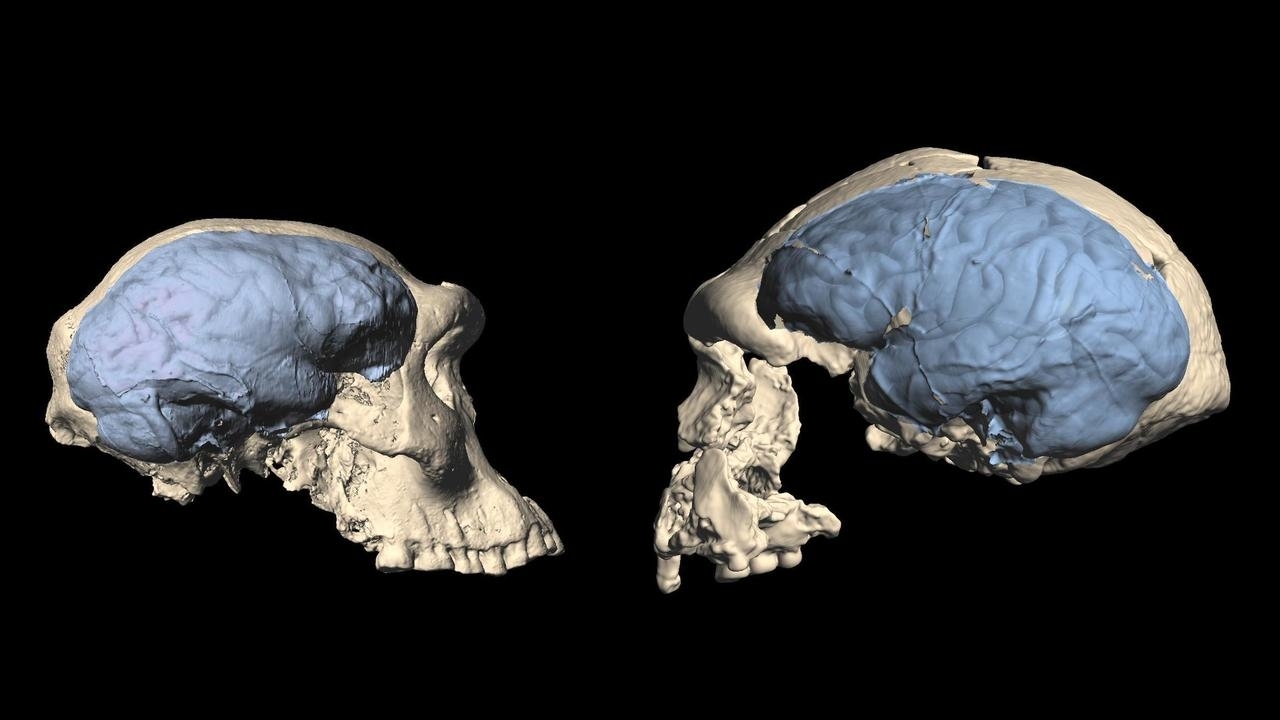 A new study on Thursday revealed that the brain of modern humans evolved much later than scientists had thought until now, after the first dispersal of our ancestors outside of Africa.

The human race, which includes many extinct species (Homo Erectus, Neanderthals …) as well as ours (Homo Sapiens), has not always developed its brain in a similar way to ours.

The researchers wanted to answer a question that has remained obscure until now: When did the brain structures that make us human evolve? One of the co-authors, Christoph Zollekofer, anthropologist at the University of Zurich in Switzerland, summarizes the study published Thursday in the prestigious journal Science.

But this evolution occurred much later, between 1.7 and 1.5 million years ago, this new work concluded.

To achieve this result, he and his colleague Marcia Ponce de Leon, the study’s lead author, studied numerous skull fossils, from Africa, Georgia and Java, Indonesia.

Since brains themselves do not degrade, the only way to monitor their development is to study the marks they have left inside the skull.

And so the scientists “scanned” the fossils, creating a virtual image of what had filled it long ago, like a dice – the so-called internal broadcast.

What characteristics then did they search for to determine the “newness” of the brain?

In humans, Christoph Zollekofer explains, “some areas of the frontal lobe are much larger than the corresponding regions in great apes.” One of them, for example, is the language-related Broca area.

See also  In China, they found the perfect friend... but it's virtual

This expansion has the effect of turning everything backward. “This reversal can be seen in the internal fossils over time, when we observe the impressions left by the fissures in the cerebral convolutions.”

By studying skulls from Africa, the researchers were able to determine that the earliest ones, dating back more than 1.7 million years, actually possessed the frontal characteristic of great apes.

“This first result was a big surprise,” confirms the human paleontologist. This means that the human race “began with a two-legged walk (the ability to walk on two legs, the editor says), not a modern brain,” as he summarizes, and that the development of the brain “has nothing to do with the feet.” .

“From now on, we know that in our long history of evolution (…), the first representatives of our species were earthly bipeds, with a brain close to the great apes,” he adds.

This means that the development occurred between these two dates in Africa, according to the study.

A conclusion confirmed by the fact that during this period more complex tools appeared, called Acheuleans, which have the peculiarity of presenting two identical faces. “It is not a coincidence, because we know that the areas of the brain that develop during this period are those used in complex manipulative processes, such as making tools,” says Zollekofer.

Why did this development happen? The researchers hypothesis is that a virtuous circle arose between cultural innovations and physical changes in the brain, both of which stimulate each other in return.

– Two migrations out of Africa –

The second surprising finding of the study comes from observations made on five fossils of skulls found at the Dmanisi site, in present-day Georgia, dating between 1.8 and 1.7 million years ago. Well preserved copies.

These were found to have rudimentary brains.

However, “people believed that a large modern brain was needed to disperse outside of Africa,” the human paleontologist explains. “We can show that these brains were neither large nor modern, and that the groups were able to leave” this continent anyway.

Finally, more recent fossils from Java provided modern features. So researchers believe there has been a second dispersion outside of Africa.

In short, “you have the first dispersal of the primitive-brained population, then the modern brain develops in Africa, and these people are dispersed again”, until they arrive in Indonesia, says Christoph Zollekoffer.

“This is not a new hypothesis, (…) but for the first time we have excavations proving it.”

The Elder Scrolls VI hasn’t been confirmed as an Xbox exclusive...