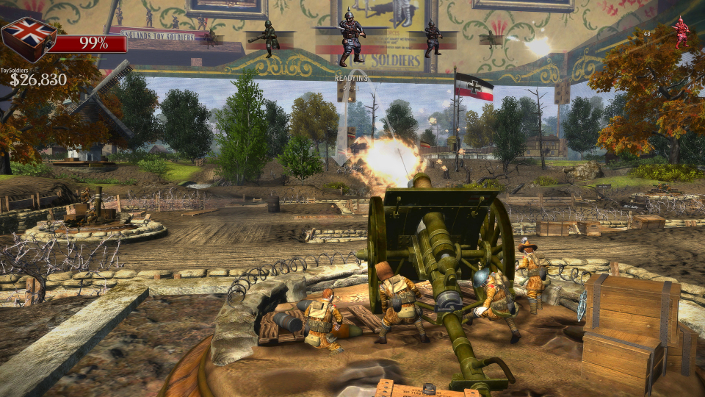 In keeping with the motto “All good things come in three”, the release of “Toy Soldiers HD” was once again delayed at short notice. We will tell you how long interested players will have to be patient this time.

After another delay, “Toy Soldiers HD” is supposed to be released tomorrow, Thursday, September 30, 2021.

In a recent announcement, developers Accelerate Games indicated that nothing would come of these plans either, as a fatal misclassification was discovered at the last minute. This must first be resolved and, as expected, will result in another delay: this time until October 21, 2021.

“The new date is based on an issue with leaderboards incorrectly appearing, along with some minor issues that we wanted to address. We are currently working on a leaderboard fix. We are pretty sure the release could happen on October 21, 2021,” Accelerate officials explained. Games.

about this subject: Toy Soldiers HD: New release announced for consoles and PC

“Toy Soldier HD” is a new, technically revised version of the popular Xbox Live Arcade title from 2010. The improvements donated as part of the new version include more graphic details, higher resolutions, and a completely revised camera action.