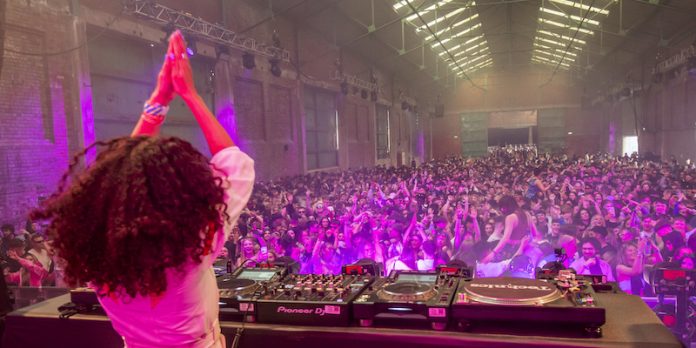 A few weeks ago the British government started a program Experimenting with live events with thousands of people, to understand whether and how it would be possible to reopen safely after more than a year of pandemic. The United Kingdom – which is progressing a lot in the vaccination plan, with more than half of the population receiving at least one dose, and watching it with interest as many European governments reopen their doors – is not the first country to conduct such trials, but its program is among the largest and most organized programs. Up to date it includes sporting events, concerts, disco events and conferences.

In the government’s plans, the most optimistic forecasts associated with the pace of vaccinations envisaged were that events such as concerts or disco nights would be the last time to start over again, as of June 21: these are in fact the occasions when the risk of infection is greatest, many people crowded together and often Inside.

Last weekend, there were the first tests for disco events and parties: compared to experiences like Concert for five thousand People who organized in Barcelona on March 27, the biggest news was the complete absence of masks. The first event – the first in the UK, at least among those permitted by law, since the closure of clubs and discotheques – took place on Friday 30 April in a department store in Liverpool and was attended by about 3,000 people.

Also read: The party, attended by 5 thousand people in Barcelona, ​​was successful

See also  Eurovision, Achilles Lauro shocked, but he is still outside the final - Culture and Entertainment

Participants had to conduct a survey the day before in one of the four available centers in the city and then upload the result to a site to link it to the ticket purchased. Once they present the ticket and the negative scan at the entrance, they can enter and act as if there are no restrictions on Coronavirus. One of the goals of the experiment was also to understand whether people are willing to go through this procedure of participation. Inside the warehouse, instead, sensors were used to calculate the level of ventilation.

On Saturday, the event was repeated in the same format, but on Sunday also in Liverpool, there was a mini-festival in Sefton Park attended by about 5,000 people, which was held inside a kind of circus tent. On April 28 in Liverpool, a similar organization Great conference: All these events were part of the government’s program.

The Mini Festival in Sefton Park, on May 2 in Liverpool, England. (Photo by Christopher Furlong / Getty Images)

Liverpool is a particularly suitable place for these trials, as it recently recorded very few cases of coronavirus: 69 in the entire week leading up to Friday’s event. According to Ian Buchan, the University of Liverpool scientist leading the experiments, the chance to meet a person with coronavirus at that department store used as a nightclub was 1 in 5,000.

The government’s program has been launched to try to respect the date of June 21, which British Prime Minister Boris Johnson referred to as the beginning of “normal life” before the outbreak of the pandemic. Some clubs have already organized large events for the days following that date: The Fabric Club in London, a well-known nightclub with a capacity of 1,500, said it had sold all tickets for the 42-hour festival starting June 25.

Also read: From June, Spain will receive tourists from abroad who have a “vaccination passport”.

British minister in a storm to ask LGBTQ+

Syria: Assad If Turkey attacks us, it will be a direct...