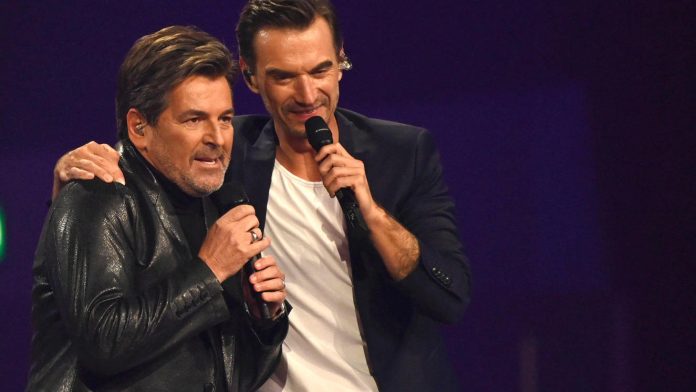 Outstanding support for the “Deutschland sucht den Superstar” jury: The first live show of the current season of the talent show will begin. For this, the jury gets a new addition in the form of Thomas Anders.

Former modern star Thomas Anders comes to “Deutschland sucht den Superstar” – at least for a short while. Live shows for the current season of RTL’s show, directed by Marco Schrill, begin April 16 — in addition to this year’s regular jury on Ilse DeLange, Toby Gad and Florian Silbereisen, according to RTL, there’s also a guest judge on every live show. Thomas Anders is the first to take on this role.

“I’m really looking forward to it”

The 59-year-old singer has to support the DSDS jury in rating the Top 10. So this first live show is all about the ’80s. “I am very excited to be a guest judge on DSDS on Saturday,” said Thomas Anders, according to the report. Anders added that he hopes “to pass on my experience to the finalists.” He is especially looking forward to “the jury, of course – to my friend Florian Silberezen”.

The topic of the live show should be more than welcome at Anders. In the 80s, the musician celebrated great success with Dieter Bohlen as the modern duo with songs such as “You’re my heart, you’re my soul”, “Cherry Cherry Lady” or “Brother Louie”. After that, the singer, music producer, songwriter and TV presenter began a solo career. He also worked successfully with Florian Silbereisen.

He is now following in the footsteps of former bandmate Dieter Bohlen on the DSDS episode, who was the chief judge from the start of the format in 2002 to 2021.