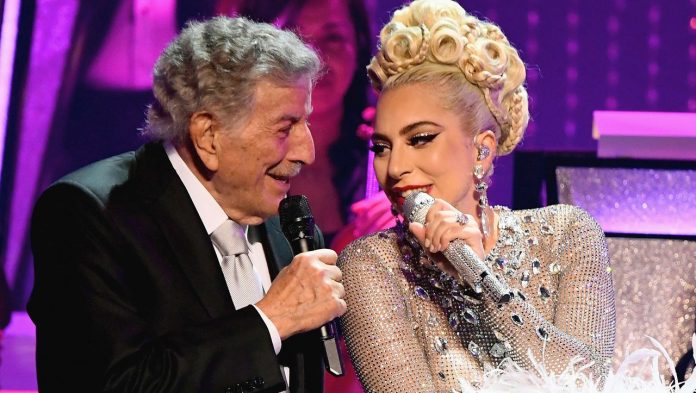 Tony Bennett and Lady Gaga have announced a second album together on the singer’s 95th birthday. The song “Love for Sale” is supposed to appear on October 1, it was said Tuesday on both Twitter channels. In addition, Lady Gaga, 35, tied a sample of the song “I Get A Kick Out Of You”, based on the classic Cole Porter song.

The singer called out the duo’s first album in 2014, “Cheek To Cheek”. Bennett asked her at the time of release if she wanted to record another album with Cole Porter songs. “It’s always an honor to sing with my friend Tony, of course I accepted this invitation,” said Lady Gaga.

On the occasion of Bennett’s 95th birthday, the two stars recently announced their last joint appearance at Radio City Music Hall in New York. Earlier this year, his family announced that Bennett had Alzheimer’s disease and was diagnosed in 2016. On the advice of his doctors, the multi-award winning singer, best known for international hits like “I Left My Heart in San Francisco,” continues to compose music. and playing.

“Love for Sale” will be the singer’s last studio album, The music magazine “Rolling Stone” reported.. The joint recordings for this were made between 2018 and 2020. All titles are interpretations of Cole Porter’s songs.

Many stars congratulated Bennett online on Tuesday, including colleagues such as Barbra Streisand, Carol King, Paul McCartney, Jon Bon Jovi, Bono, Andrea Bocelli and Billy Joel. Oscar winner Robert De Niro sent a video welcome message from Oklahoma, USA, where he was in front of the camera to director Martin Scorsese, and John Travolta congratulated him with a card he drew himself.

Lady Gaga was her last activity as an actress. After her role in “A Star Is Born,” which earned her an Academy Award nomination, she now plays in Ridley Scott’s “House of Gucci.” After the release of the first trailer for the film, which was announced in US cinemas on November 4, there was plenty of praise for the Italian accent of the artist, who was born Stefani Joanne Angelina Germanotta.

Daft Punk “breaks” the internet with a Twitch broadcast of a...