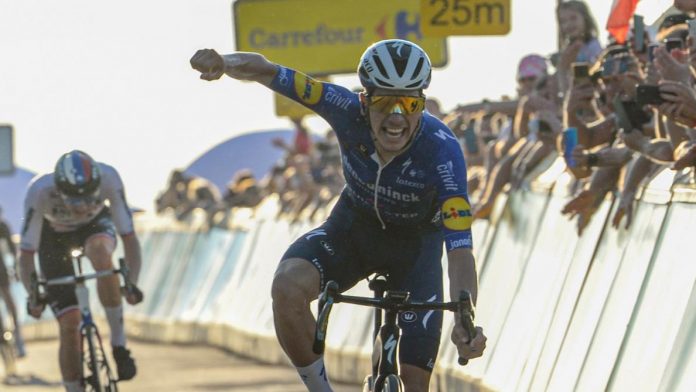 The Portuguese won the second stage by defeating Diego Ulisse in a two-man sprint.

yTeam oao Almeida (Deceuninck-Quick Step) won the second stage of Tour Poland (2.UWT) on Tuesday. In a mountain final stage, the Portuguese rider was the strongest in a two-man sprint with Italian Diego Ulissi (UAE) and topped the general classification. And the Slovenian Matej Muhoric (Bahrain – Victorious) ranked third.

At the back, the yellow German jersey Phil Bauhaus (Bahrain-Victorius), the previous day’s winner, was toppled as Peloton started to increase the pace to return to the two leading men. The efforts paid off and the peloton was able to catch up with the last breakup.

Joao Almeida attacked 1.5km from the finish and only Matej Mohoric and Diego Ulisse were able to catch up with him. The victory was fought in the final match of the strongest and the Portuguese, in the lead and then captured by Ulises, finally clinching the Italian to claim his second victory of the season. On the Belgian side, Dylan Theon (Bahrain-Victorius) and Tim Willens (Loto-Sudal) finished ninth and tenth respectively on the stage.

On Wednesday, the third stage will connect Sanuk with Rzeszow for 226.4 kilometres. The first 180 kilometers will be mountainous with many ascents. If they can resist, runners can play for victory.