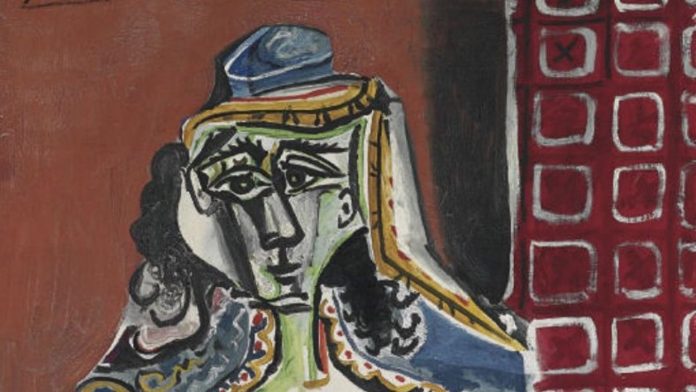 Two Picasso paintings, one of which has spent more than 60 years in a private collection and has never been auctioned, will be among the highlights of the fall sale at Christie’s in New York in November.

“Crouching Turkish Woman (Jacqueline)‘, which Kristi appreciates From 20 to 30 million dollars, “It has remained in the private collection of one family for three generations, since 1957, only two years after its establishmentChristie explained in a statement.

This painting, oil on canvas, is one of many paintings by Picasso from Jacqueline RockAnd The artist’s second wife, whom he married when he died in Mougins, southern France, in 1973. He would be part of “Stella collection‘, which includes works Joan MirAnd Marc ChagallAnd Henri MatisseAnd George Braque And Max ErnstIt’s also been owned by the same family for three generations, says Christie’s. Everything will be auctioned off at the New York Auction House’s fall auction, November 8-12.

Another painting by Picasso, with a very similar title (“Crouching Woman in Turkish Costume – Jacqueline‘), auctioned, still at Christie’s, for $30 million in 2007.

On sale next fall, another painting of the master, “tube knight‘, auctioned at an estimated cost of $30 million by Christie’s.