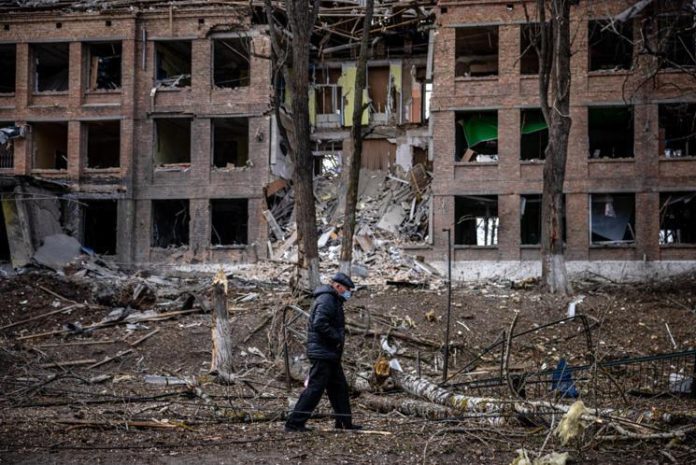 Kyiv risks power outages and citizens must “prepare for the worst to face any situation”Cutting off electricity, water and heating even if the authorities are doing their best to prevent it. This was stated by the mayor of the Ukrainian capital, Vitaly Klitschko, proposing a worst-case scenario regarding the attacks carried out by Russia. “We are doing our best to avoid that. But let’s be honest, our enemies are doing their best to keep the city without heating, without electricity, without water supply so we all die. The future of the country and the future of each of us depends on how prepared we are to face different situations,” he added.

Kyiv authorities have begun planning to evacuate all three million civilians inhabiting the Ukrainian capital in preparation for a total power outage, the New York Times writes, as Russian bombing of Ukraine’s energy infrastructure continues and 40 percent of those civilians remain completely or damaged.

In addition, workers are building a thousand heated shelters that can be used as bunkers while engineers attempt to repair the electrical infrastructure but have to contend with a shortage of needed equipment.

“During the week, several meetings were held with government officials, representatives of energy companies and regional administrations on possible options for addressing the situation in the energy sector. We study each scenario in detail and prepare appropriate actions,” said the President of Ukraine. Volodymyr Zelensky reported on Ukrenform in his evening speech.

He noted the continuing power outages in Kyiv and in six regions. Without electricity, there are more than 4.5 million users, the largest number in Kyiv and the metropolitan area. “No matter what the terrorists want, no matter what they are looking for, we must go through this winter and be stronger in the spring than we are now. To be more prepared to liberate our entire territory now,” Zelensky stressed.

“Let’s be honest: Russia is trying to commit an ‘energy genocide’, but Kyiv and Ukraine will resist,” said Mikhailo Podolak, an adviser to the Ukrainian president. Maximizing the benefit of consumption.. the state is effectively facing these challenges, and we are working with our partners to find a solution.”

“I shared the prize with someone else”