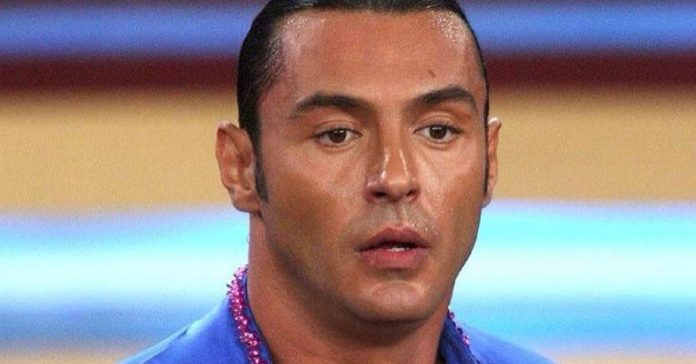 The Latin Lover announced this afternoon that he had contracted the coronavirus (Image: Instagram / @victor_latinlover)

On the 4th of September this year, Victor Manuel Resendes Ruiz, known as latin loverThe famous model announced this announcement via his Instagram account.

“Without thinking too much about it, I am reporting that I have tested positive for COVID,” he wrote after testing positive for the disease caused by SARS-CoV-2.

In the same post, he posted a picture where he was seen sitting at the gym He mentioned that he will isolate himself at home for several days.

This is how he announced his injury on this social network (Image: Instagram / @victor_latinlover)

Although he did not go into details of the symptoms, he did make it clear COVID-19 hit his body with some force “That’s why I’ll be isolated for a while at home, I hope and Don’t hit me more than you hit me yet!He wrote in his Instagram message.

In the same way, he expressed his healthy intentions to loved ones with whom he had recently interacted and entrusted himself to God to deal with the disease. He ended his message on a positive note as well He addressed some words to his fans:

“God willing, my family will be fine and the people I lived with will be fine as well. I have faith that I will always go forward side by side with God. The man who rises, is stronger even than the man who does not fall. Without saying more, he sent you a hug and you have an excellent weekend. See you soon, God willing.”As pointed out by Victor Manuel in his post.

His fans and colleagues immediately responded to his photo and wished him speedy health. latin loverAmong the letters stood those of Luis Ernesto Franco, who wrote “I hope all is well, Dad! Let it pass quickly and not be serious! May the peace, mercy and blessings of God be upon you!”; one of Marisol Gonzalez, where you can read “May you recover very soon and be a light friend, may God bless you” from Jorge SalinasWho commented: “You are a friendly warrior.”

And from the messages of encouragement from his followers, one netizen noted that he has a great physical advantage in facing the disease because he has been an athlete all his life.

A Latin lover with his wife a difficult health moment (Photo: @victor_latinlover/Instagram)

In May this year, the Latin Lover got into a health situation with his wife, sharing a photo from the hospital telling his followers that Nelly had been hospitalized.

From his official Instagram account, the caller wrote a simple message to accompany the photo of his wife’s hand with a serum and a hospital bracelet: “In the good and not so well. That’s what it’s about, being where I should be. Everything will be fine first, God., books.

Previously, the Latin lover had already indicated that his wife was hospitalized. Even from their stories on that digital platform She confirmed that she would have to spend last Sunday night in the hospital with her, because she would have to be “for better or worse.”

In 2019 Actor and Fighter latin lover Share a clip on his Instagram account with Yalitza Aparicio, The film hero RomeWhere do you see them Celebration after the Oscars.

“With a doormat and a better person”Latin Lover wrote to accompany the clip and stated that they were at the party organized by the Hollywood Academy after the Oscars.

In Alfonso Cuaron’s movie, the Latin Lover was responsible for playing the role of Professor Zovic, a fugitive of great fame in Mexico in the late sixties.

Yalitza and Latin Louvre shared the scene in Cuaron’s movie, and it was at the moment when Professor Zoufik was coaching a group of youngsters and Cleo approached the field they were in.

This was the first photo that Juan Pablo Medina shared after he lost his leg
Thalia showed the damage done to her home in New York after the flood
MasterChef Celebrity: Who will be the fourth contestant to be eliminated from the show