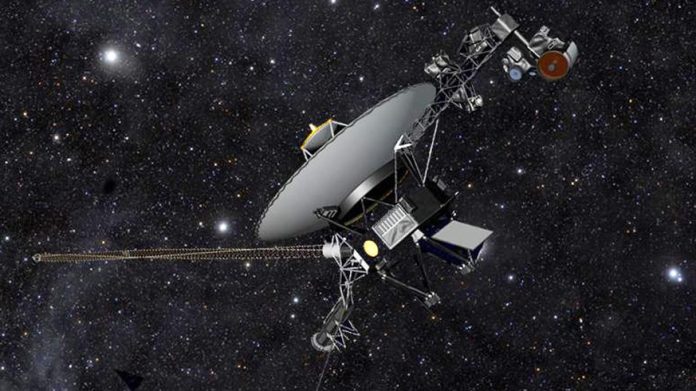 No other man-made object is further from Earth than a NASA probe Voyager 1. The probe was launched on September 5, 1977 at Cape Canaveral, which is considered one of the greatest successes in space travel, and is currently about 156.32 astronomical units (AU) from the Sun – about 23.39 billion km. Voyager 1 is also the first man-made object to reach interstellar space outside our solar system. This premiere took place in August 2012.

The probe continues to send data home to this day. But it is so now Jet Propulsion Laboratory NASA in Southern California, from which Voyager 1 is based, Post noticeAfter that, the probe sends “anomalous telemetry data”. Voyager 1 is still working and can receive commands from Earth and execute them correctly.

But the position and control joints system (AACS) – the on-board computer responsible for alignment and orbit control, which is also involved in pointing the probe’s antenna toward Earth – is sending “invalid” data. These do not match what is actually happening on the plane. In any case, it will not reflect any possible state of the system; It appears to be randomly generated.

The data suggests otherwise, according to NASA engineers, but the antenna still appears to be pointing correctly. The data transmission signal – a signal that now takes about 20 hours to reach Earth – is still strong. For this reason, it is not necessary to switch to Safe Mode. According to the team, this is a mystery.

Ultimately, however, such anomalies are normal for a probe of this age — Voyager 1 has been in space for nearly 45 years. In addition, the probe has been in interstellar space for years, where the radiation is high. “An enigma like this is perfectly normal at this point in the Voyager mission,” said Susan Dodd, who leads the Voyager project at JPL. At least two probes are working (plus Voyager 1 too Voyager 2) far beyond the timeframe that mission planners originally expected. Dick Laiser, who was the commander of the Voyager 2 mission, in 1981 with a model of the sister probe Voyager 1.Construction: AP / AP

Dodd expressed confidence that if there was a way, her team would solve the problem. If the cause of the disorder cannot be found, then it is simply possible to adapt to it. And if found, the problem can be resolved through a software update or through one of the redundant probe hardware systems.

In any case, the signal should continue to be closely monitored. This may make it possible to determine whether the error lies with AACS itself or with another system involved in creating and sending data. NASA assumes that both Voyager probes will continue to provide data until at least 2025. So far, no scientific instruments have been turned off.

By the way, both probes carry a message on a gold-plated copper disc. It is intended to convey greetings in 55 languages ​​to extraterrestrials that you may find one day. The disc also contains 90 minutes of mostly Western music. So that extraterrestrial senders also can decode the message, the sensors also contain a player and instructions on how to use them. (in another meaning)

See also  The storytelling is not completely linear

So we can live on another planet

This may also interest you: