Persia Digest
Home science Where do aliens see Earth? – Astronomers have identified about 1,400... 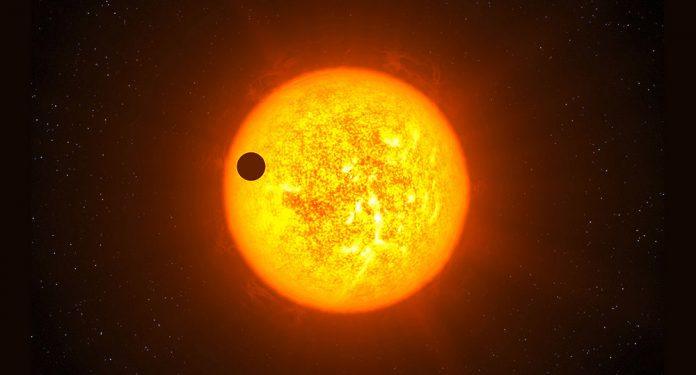 Extraterrestrial view: The 1,402 star systems currently have a clear view of the Earth’s transit – the Earth’s passing in front of the Sun. If there were extraterrestrial civilizations, they would be able to discover our planet and traces of life. 46 of these “earth-viewing box seats” are so close to us that our radio signals have already reached them, astronomers report in the specialized journal Nature. Some exoplanets close to Earth could also appear in the near future.

Are we alone in the universe? Or is there life on other planets and perhaps even extraterrestrial intelligence? In theory, there could be about 10,000 advanced civilizations in our Milky Way alone, but so far there is no trace of them. Although the SETI project is specifically looking for signals from extraterrestrial intelligence, among other things, it hasn’t found anything yet. but why? Where are all the aliens?

From the perspective of astronomers

In their search for an answer, two astronomers have now turned the tables without further ado: Lisa Kaltenegger of Cornell University and Jackie Ferti of the American Museum of Natural History in New York, have investigated the stars an extraterrestrial astronomer can observe — the passage of Earth from the Sun . These transits are a proven method for tracking planets around exotic stars.

“From an exoplanet perspective, we’re extraterrestrials,” Kaltenegger explains. “We wanted to know which stars provide the correct view to observing the Earth that blocks the sun.” To do this, astronomers are evaluating data from the European satellite Gaia, which maps the positions and motions of 1.8 billion celestial bodies in its own Milky Way galaxy.

In contrast to previous studies, the researchers also recorded stars and planetary systems that have had or will have a “box seat with a view of the Earth” in the past 5,000 years or a similar long period in the future. “As the stars move in our dynamic universe, they can move in line of sight, but they can also lose them again,” Kaltenegger says.

The result: 1,402 stars currently have a clear view of transiting the Earth. If there are planets around it with extraterrestrial inhabitants, they can detect our planet by its passage in front of the sun. Among these “box seats” are 128 Sun-like stars and 1,050 stars in the spectral category M — red dwarfs and red giants, the researchers report. Another 313 stars have left the Earth’s transit zone, and only 319 will be able to enjoy the view of Earth in the future.

Among the currently preferred stars, only seven systems with planets are known. The closest to us is the red dwarf Ross 128, 11 light-years away, with an Earth-like exoplanet. Its inhabitants – if they existed – could have seen the land crossing until about 900 years ago. On the other hand, the planets around the star Teegarden, which is twelve light-years away, will not come into line of sight until in 29 years.

On the other hand, it takes a little longer for the star TRAPPIST-1 40 light-years away with its seven exoplanets to get a clear view of the Earth’s transit: they will enter the Earth’s transit zone only in 1642 years, but then they will remain in the “first row” for 2371 Year “.

Also interesting: there are currently 46 stars both in the trans-Earth region and within a radius of up to 100 light-years. “These 46 objects can monitor the passage of the Earth from the Sun and at the same time they will be able to pick up radio waves from the Earth,” according to Kaltenegger and Fherty. Because the radio messages and broadcasts sent by mankind about 100 years ago have since spread to a distance of about 100 light-years.

Based on estimates of planetary abundance around different types of stars, this could mean that about 29 potentially life-friendly planets are currently in the right position to detect both Earth and human radio waves, according to astronomers. If one does not look at Earth, there are at least 75 nearby stars and potential satellites that can receive human radio signals.

If extraterrestrial astronomers were on one of the stars in their field of view, they would have plenty of time to observe the transit of the Earth. Because the star stays in Earth’s field of view for 1,000 years, astronomers have determined. On the contrary, most transits of the outer planets remain visible to us for a long time. In the case of nearby stars in particular, this raises the hope of finding molecular evidence of life based on spectral signals during transit – for example in the form of astonishingly high oxygen content, as in Earth’s atmosphere.

Astronomers hope that the James Webb Space Telescope, which will be launched in late 2021, will be able to take a closer look at some of the nearby exoplanets and their atmospheres. “You can imagine civilizations beyond Earth’s planning for similar observations to ours and the solar system,” Fahrty says. However, the existence of such intelligent extraterrestrial beings, and whether they actually pointed their telescopes at Earth, remains open. (Nature, 2021; doi: 10.1038/s41586-021-03596-y)

See also  This is behind the new start menu design

These are: Cornell University