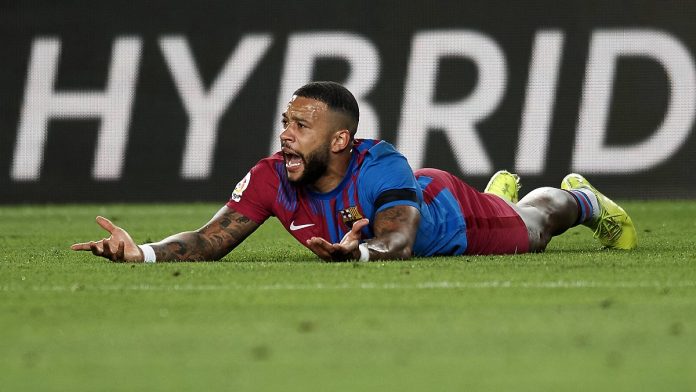 Whistles despite the last minute goal

Money gone, Messi gone, coach Ronald Koeman soon too? After Barcelona’s bankruptcy against Bayern Munich, the Dutchman is under pressure ahead of the Granada match. Guests gather early, Barcelona answer in a wild finale. The point will not dispel the unrest.

After the 3-0 defeat in the opening match of the Champions League against German football champion Bayern Munich, FC Barcelona has found it difficult to return to everyday life in the domestic league. In 1:1 (0:1) against the winless Granada club, the Catalans prevented an embarrassment and their first defeat of the season with German goalkeeper Marc-Andre ter Stegen among the stands shortly before the end of normal time.

Thanks to the happy draw, Barcelona climbed to seventh place in the table, by one match. However, record champions and archrivals Real Madrid are already five points ahead.

Barcelona, ​​where the pressure on coach Ronald Koeman is barely easing due to a poor performance once again, once again seemed unimaginable and did not live up to his claims. Only with a lever did the hosts manage to save at least one point from Ronald Araujo’s goal, after Barcelona long chased the fast tour of the guests by Domingos Duarte (second) to no avail.

“I’m not afraid for my future, the club and the president make the decision,” Koeman said in the run-up to the match. This can also be affected by a contractual clause. Spanish media reported this week that the former Dutch national team coach will receive severance payments of 13 million euros in the event of a layoff.

Money that a financially distressed traditional club does not have. Just last week, the club approved a budget of €765 million for the 2021/2022 season. At the same time, Barcelona confirmed losses of 481 million euros from last season. President Joan Laporta announced that volume back in August.

Thus, Barcelona’s debt amounts to 1.35 billion euros. Only at the beginning of August the Spanish League prevented the extension of Barcelona’s contract with Lionel Messi, although the star was to forego half of his salary.