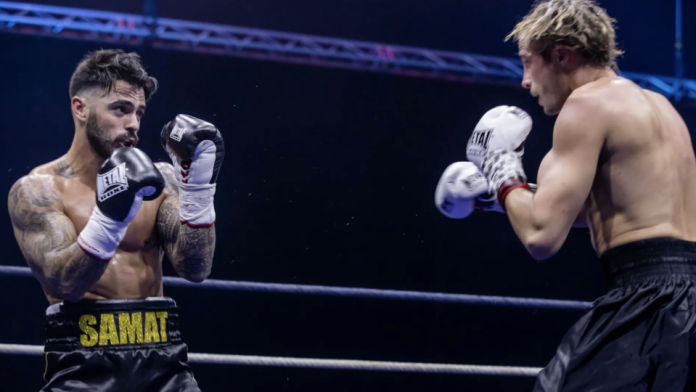 It was Wednesday, April 6, that the fight between Dylan Terry and Benjamin Samat took place at the Arena des Sports in Marseille. Despite the doubts of some, the confrontation fulfilled all its promises.

After weeks of training, the two reality TV candidates faced each other in front of a large audience that had come to watch the duel. But if Dylan Terry invited boxing champion Momotik to accompany him in his preparations, it was finally Benjamin Samat who managed to win after a fight that did not end by knockout, but by the unanimous decision of the judges. The fightnation.com commentators, who previously expressed reservations about the quality of the fight, were apparently tempted by the sequences of the former Marseille candidate.

Dylan is sent one way by bungee pic.twitter.com/1JAUrDNWO7

Dylan Terry, who started the project by challenging other reality TV nominees to come and challenge him in a boxing ring to a boxing match – a call to which Benjamin Samat was the first to respond – was greeted with boos from the audience after choosing the song Ici c’est Paris for his entry into the ring. The former adventurer from Koh Lanta would have dislocated his shoulder in the first round due to the blows he had received, but he would have held out until the end of the three rounds despite everything.

Dylan screams in pain after the fight because he dislocated his shoulder #bungee #dylan pic.twitter.com/KAQsfdkygp

For Benjamin Samat, the victory is beautiful and allows him to be the first holder of the influencer belt. The young man clearly liked the experience, and is already preparing for the future. Reality TV candidates can do so again on July 4th in a rematch that can be staged in Paris. “I am always available, when you want,” Benjamin Samat had fallen after the fight.