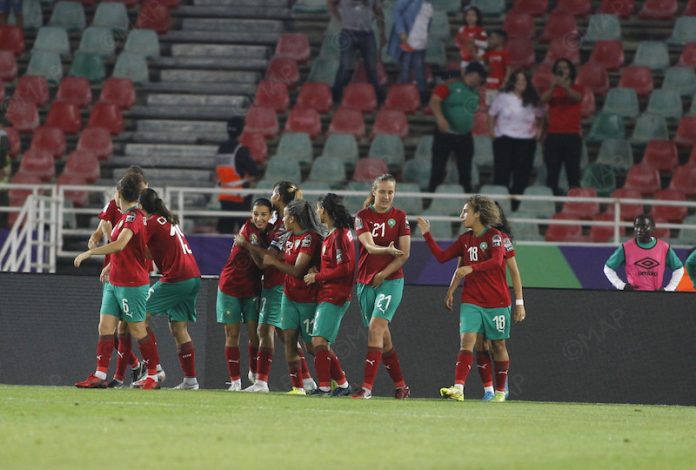 The only goal of the match was scored by Gislan Sepbak on a penalty chance (55th). In the first period, the Moroccans tried to impose their game with an aim to open the scoring early.

Various Moroccan attacks led by the trio of Fatima Dagnaud, Ghislane Chebbak and Samia Hassani all failed against a Senegalese defense led by goalkeeper Ente Diao.

Less than half an hour into the game, the national team came close to opening the scoring, but Rosella Ayane’s perfect cross from Fatima Dagnaud was badly negotiated by Rosella Ayane, whose header narrowly missed the target. The pressure from the Moroccan players crescendoed, but could not open the scoring.

In the second period, the Atlas Lions continued to impose their rhythm and managed to score in the 55th minute through a penalty by Gislane Sepbak. An improved defense by the Moroccans tried to regain the Senegalese’s goal.

Thanks to this win, the Lions of Atlas, who have already qualified for the quarter-finals, topped their group with 9 points from three wins over Senegal (6 points).

Similar to qualification for the next Worlds, the national team will face one of the best three to qualify for the last four. In the group’s other game, Burkina Faso and Uganda played at the Mohammed V Sports Complex in Casablanca and played to a neutral (2-2).