Its design is heavily inspired by that of Spot, developed by the Boston-based robotics pioneer and now owned by Korean automaker Hyundai. However, Xiaomi didn’t think of it as a commercial product but rather an offering to know it. 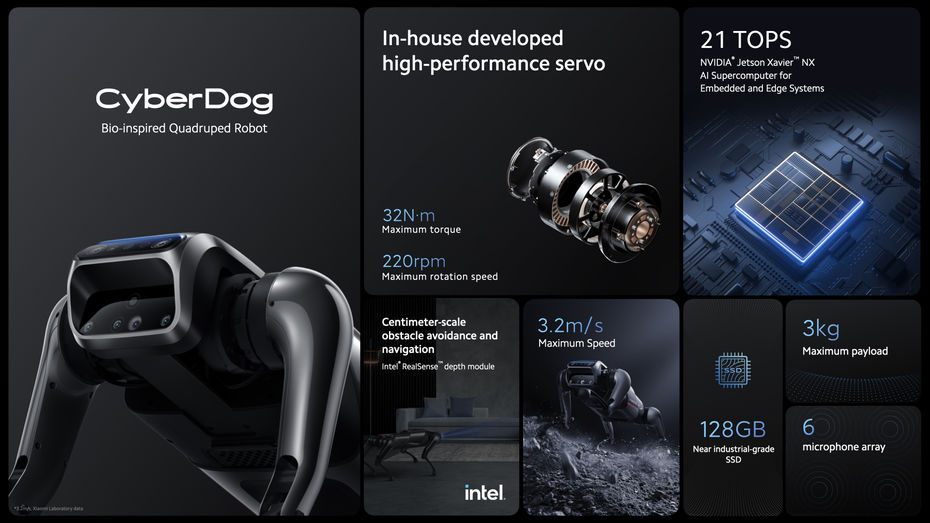 CyberDog uses servo motors designed and manufactured by Xiaomi to move a chip nvidia Jetson NX to manage its calculations and Intel RealSense sensor to understand its environment (among 11 sensors). This allows the robot to follow a human, recognize a face between a group (such as a dog recognizing its owner) and avoid obstacles during movement.

It is also capable of carrying 3 kg of payload and can travel at a maximum speed of 3.2 meters per second (11.5 km/h). However, Xiaomi does not indicate its operational independence between two charges.

The project is open source, and Xiaomi plans to distribute 1,000 copies of the “robot dog” to some carefully selected engineers or fans. Opportunity to evangelize your brand. Note, however, that they still have to pay 10,000 yuan, or about 1,300 euros.

The Chinese rover Yutu 2 discovers a cube-shaped “mysterious hut” on...