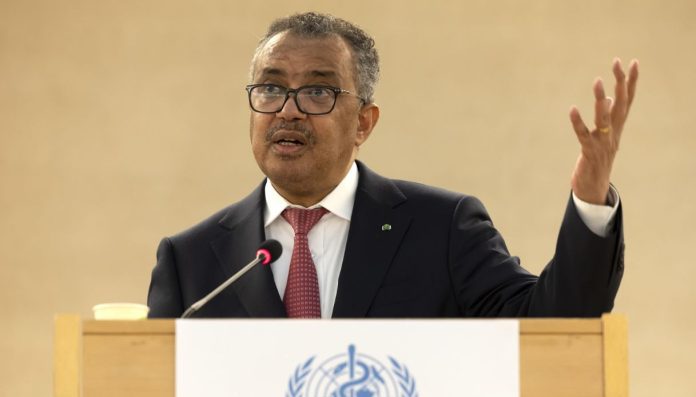 “Climate change between 2030 and 2050 is expected to cause about 250,000 deaths”: the alarm raised by the World Health Organization

Freelance journalist since 2014. For more than 10 years he deals with communication and information on the Internet, writing on various topics: from sports to news, through politics and entertainment. He has also collaborated with important newspapers and magazines, and radio and television broadcasting stations.


On the first day of the 2022 United Nations Conference on Climate Change (COP27) in Sharm El Sheikh, Egypt,World Health Organization A new climate alarm has been raised.

In a “bleak reminder,” the WHO issued a stern warning about the need to act now, seizing COP27 as a “critical opportunity for the world to come together and commit once again to keeping the goal of the Paris Agreement alive.” That is, to contain global warming as much as possible within 1.5 degrees percentage.

The World Health Organization stressed that “between 2030 and 2050, it is expected that there will be Climate change will lead to about 250,000 additional deaths each year due to malnutrition” and diseases such as “malaria and diarrhea” and “heat stress”.

But that’s not all: “It is estimated that by 2030, the direct damage costs of ‘climate change’ alone to health will be between $2 and $4 billion a year.”

Warning from the World Health Organization: “The climate crisis is already affecting people’s health and will continue to do so at an accelerated pace, unless urgent action is taken.”

Director of the World Health Organization, Tedros Adhanom GhebreyesusHe explained, “Climate change is making millions around the world sick or more vulnerable to disease. Increasingly devastating weather events disproportionately affect poor and marginalized communities. It is imperative that leaders and policymakers come together to put health at the center of their negotiations.”

There is “hope” according to the World Health Organization

The World Health Organization itself, however, specified that “there is room for hopefullEspecially if governments now act to fulfill the commitments made in Glasgow in November 2021.”

The World Health Organization noted that “the cost of renewable energy has decreased significantly in recent years” and that, for example, “solar energy is now cheaper than coal or gas in most major economies”.

COP27 2022 in Sharm El Sheikh: Objectives and Topics of the Climate and Environment Conference. But the road is hard

The COP27 Sharm El-Sheikh was armored. Paradise on the Red Sea hosts the 27th International Conference on Environment and Climate Change


The World Health Organization has asked governments to “move forward with a fair, equitable and rapid phase-out of fossil fuels and a transition to a clean energy future”. On the decarbonization front, the agency proposed a “fossil fuel non-proliferation treaty, to phase out coal and the like,” which “would represent one of the most important contributions to climate change mitigation.”