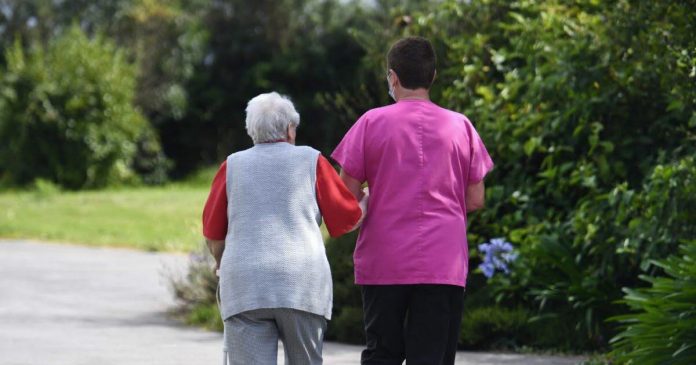 This lovely story comes to us from Ouest-France. Jacqueline Chevalerias is 103 years old and is preparing to leave the nursing home where she lives, to return to her home, to her apartment in Les Moreaux (Paris region).

She says daily, “I’ll come home! I can do whatever I want, whenever I want.” While staying at the Galathéa Elderly People Foundation, in Saint-Nazaire (Loire-Atlantique), she expressed her desire to return to her apartment.

“She is very surrounded.”

Is this astonishing departure an exception? “Several times a year, people return to live at home,” explains Nicholas Joy, director of the nursing home. “But over 100 years have passed, let’s face it, it’s very rare.”

Her daughter, who accepted this decision despite her fears, knows she can count on Jacqueline Chevalerias’s neighbors.

“It is very surrounded by its neighbors. It has a bracelet that allows you to alert. There is also support from Les Morro,” she says.

“It has been taken care of well.”

Jacqueline Chevalerias has been in a nursing home since last winter. He was so weak for Christmas, then his family decided to admit him to the hospital. “She was taken good care of,” her daughter comments, before adding: “After that, a place in iPad became available and everything went well.”

When asked about her mother returning home, she said, “I never imagined that she could go home one day. After that, her health improved significantly. She said she has a strong personality. Regularly she wanted to go home. Divorced for a long time, she was independent.”

The latter concludes by quoting the doctor who asked him about her mother’s departure, explaining that taking a decision on this issue “is always a compromise between security … and freedom!”