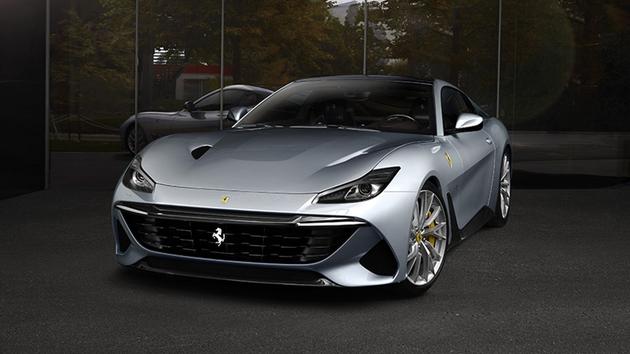 NEW – From the V12-engined GTC4 Lusso, Maranello has just created a custom-built berlinetta largely inspired by the rifles of the 1960s.

“We do an average of two special requests per year”, told us recently, during a visit to Maranello, that Frenchman Marc Poulain is arguably one of the most talented designers currently working in the Fashion Bureau. Ferrari. The Italian manufacturer does not necessarily communicate on all of its own projects. It all depends on the sponsor. The BR-20, a long-time customer of the brand, has revealed its custom build which, according to Ferrari’s communication, is inspired by two of its iconic models in its history: the 410 Superamerica and the 500 Superfast.

There isn’t much left of the GTC4 Lusso 12-cylinder model. The body was lengthened by 76 mm and completely modified, including the lowered and shortened headlights. The sides have been completely revised and now include an air intake on the lower fender. It is extended by a carbon fiber blade on the sill to enhance airflow.

The roof was also the subject of a new design, with the 2+2 cabin being abandoned for a rear Fastback including a slanted rear window that ends in a circular shape. In profile, the BR-20 looks more like an 812 Superfast than the GTC4 Lusso. Behind the rear quarter window, the designers imagined a hollow arch to create an air duct with a spoiler. Dual circular optics interact with exhaust nozzles specially developed for the BR-20.

The cabin has also been completely redesigned. The rear buckets of the GTC4Lusso have been removed in order to leave plenty of room for luggage. If the dashboard and instrumentation were identical to those of the GTC4 Lusso, the owner wanted a unique atmosphere that combined two shades of brown including the dark brown leather upholstery that looked faded.

As with most Ferrari projects, the BR-20’s production run spanned over a year. It was worth it: the result was great.