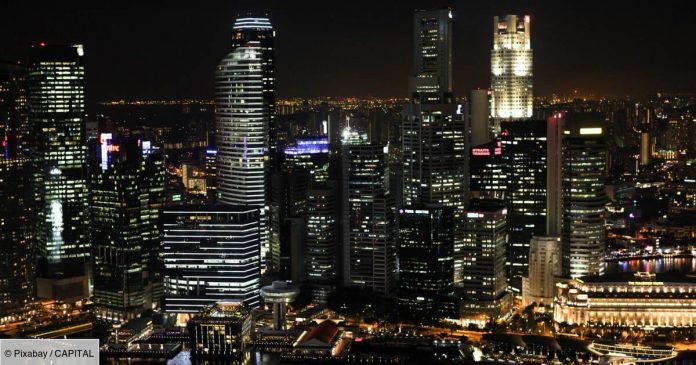 (AOF) – An error appeared on a previous post on Vivendi. In fact, its shareholder Artisan Partners manages a total of about $173 billion in assets, not 173 million. Below is the corrected text. The rest remains the same.

Vivendi (+0.38% to €29.04) is under fire from one of its minority shareholders in connection with the Universal Music Group split. US asset manager Artisan Partners yesterday evening joined Britain’s Bluebell Capital in its criticism, estimating that selling parts of the music label is a “suboptimal allocation” of capital, and that distributing 60% of the stock to shareholders in the form of extraordinary dividends is not effective from a standpoint. tax.

“Selling parts of UMG to other investors for cash is a suboptimal capital allocation decision,” David Samra, portfolio manager at Artisan, said in a statement. “We would prefer that Vivendi sell its entire stake in UMG to shareholders in a tax efficient manner.”

“Putting a tax burden on Vivendi shareholders through the separation process is not attractive,” the businessman added.

Critics adding more pressure on Vincent Bollory’s shoulders, while the separation plan must be submitted for shareholder approval at Vivendi’s next general meeting on June 22. However, it has received support from Glass Lewis and ISS, two of the world’s largest proxy and governance services firms, who are calling on shareholders to vote in favor of the project.

In recent weeks, London-based Bluebell Capital has also challenged UMG’s capital distribution plan, while declaring itself in principle in favor of splitting the French group’s music bloc. Bluebell specifically asked Vivendi to pay an extraordinary dividend of €2.8 per share, or roughly €3.3 billion in total, before writing to the Arab Monetary Fund to demand an investigation into information already released to project shareholders.

The outrage of Artisan Partners, which manages about $173 billion in assets and owns more than 8.5 million shares in Vivendi (ie 1.45% of the capital) as of March 31, 2021 via its Artisan International Value Fund, also comes after announcing discussions with Bill Ackman to sell an additional 10% of UMG. A news that rattled investors somewhat, as billionaire SPAC’s title, Pershing Square Tontine Holdings, lost nearly 12%.

In addition, Bluebell is concerned that UMG’s initial public offering, scheduled for September 27 at the latest in Amsterdam, and its distribution plan for its capital will not allow Vincent Polloré to consolidate his control of Vivendi.

Moreover, the general assembly to be held on June 22 will have to rule on the possibility of buying the media giant and canceling up to 50% of its capital. A decision that Glass Lewis and ISS are asking to vote against, claiming it is not in the best interests of shareholders. They fear that the billionaire will use this measure to increase his stake in the media group without making a takeover offer.

In a letter dated today, Vincent Bollory, via the group that bears his name, pledged not to seek a waiver from the AMF that would allow it to avoid making a takeover bid for Vivendi shares if it would bypass regulations. Threshold of 30% of the capital (currently owns 27%). However, it reserves the right to sell shares and can also participate in the capital reduction process by contributing its shares in the takeover offer to be executed by Vivendi.