Persia Digest
Home entertainment Adele and her new lover’s first public outing: find out who this... 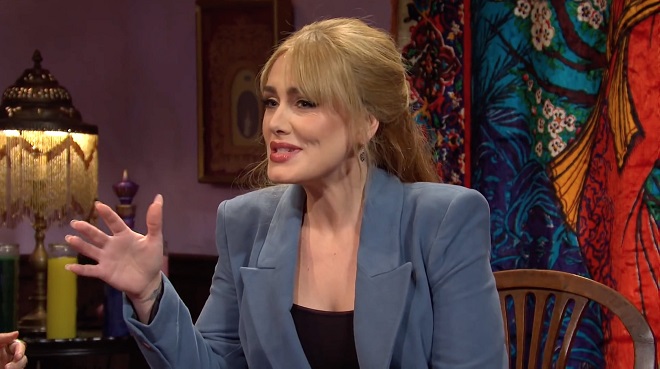 Singer Adele is seen in Phoenix in the stands of Game 5 of the NBA Finals with Rich Paul, LeBron James’ agent.

In a rare public appearance to watch the Phoenix Suns face the Milwaukee Bucks in vain in a game that was watched by millions of Americans across the country, the 33-year-old Cold Shoulder singer was photographed laughing with Rich, 39, which was evident. very close to it.

ESPN anchor Brian Windhurst said in a post-match audio clip that the two were indeed a couple.

Brian Windhurst said Rich Paul and Adele were dating and by attending this game they made their first public appearances.

Rich Paul is one of the best sports agents in the NBA (National Basketball Association). He has as clients famous basketball stars including LeBron James, Anthony Davis, Ben Simmons and John Wall.

The 39-year-old has a net worth of around $46 million (€39 million) and he has negotiated over $1 billion in active deals for his high-profile clients during his career.

In 2020, he was placed in Forbes’ list of the 10 most powerful sports agents in the world, reaching No. 9 on the list.

He grew up in a humble Cleveland family in a one-bedroom apartment above his father’s R&J Confectionery shop, and attended a Catholic high school.

Madonna will reissue her music catalog

Searching for an apartment or house in the video: Michel Boujna...