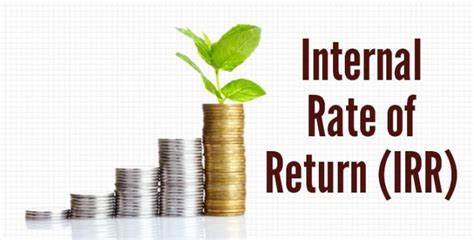 Internal rate of return is a popular tool among commercial real estate investors, whether they’re trying to calculate the likely profitability of a property or deciding between multiple projects. The method does have its limitations, however, including that it uses assumptions.

So, like many such things, the metric is useful but imperfect. Let’s look at the advantages and disadvantages of the internal rate of return.

What Exactly is IRR?

Let’s start there. Expressed as a percentage, the internal rate of return is a tool that gives investors the average annual return they have realized or will likely realize from a project over time.

What are the Advantages of IRR?

While IRR is terrific for figuring real profits from current investments, the metric is particularly useful in terms of predicting the rates of return on potential projects.

The formula may be complicated – which isn’t an issue then if a special calculator is used – but once the IRR is calculated, what you should do next is straightforward, if you accept the metric’s limitations: if the IRR exceeds capital costs, go with the project. If it doesn’t, you should pass.

It’s a good thing that internal rate of return doesn’t require a hurdle rate – the minimum rate of return a project requires – because such a rate is challenging to decide and is subjective, to boot. Because IRR doesn’t rely on the hurdle rate, there’s less of a risk of making the wrong determination.

Required Rate of Return is Estimated

What are the Disadvantages of IRR?

No Economies of Scale

One of the main drawbacks to IRR is that it ignores benefits’ actual dollar value. It’s a veritable no-brainer, for instance, that you would go with a project valued at $2 million with a 17 percent rate of return over one valued at $20,000 with a 50 percent return rate. However, simply because the IRR of 50 percent is higher than 17 percent, the metric will rank the latter project first.

There are times when a project being considered creates the necessity of more investing. For instance, an investment in a large commuter vehicle requires an appropriate parking space. Such dependent projects are not considered by IRR, which does allow for the vehicle purchase.

Perhaps one project ends after three years and the other after six years. The first project has an additional period for reinvesting the cash, which is available after the second year and for another three years until the project is completed. The IRR does not consider this.

Now you know the main advantages and disadvantages of internal rate of return, which is a good thing if you have interest in real estate investing. The IRR is an important metric. If you wish to learn more, the alternative investments platform Yieldstreet has resources that can help.

4-0 against Chelsea: VfL Women with Football Festival in the Quarterfinals...

A bus and a fire on the premises of JPM Précision