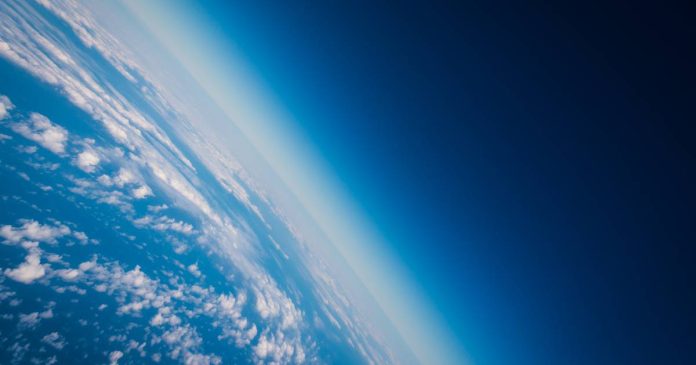 Chemists at the Scripps Research Institute in the United States demonstrated for the first time how cyanide could enable some of the earliest metabolic reactions to create carbon-based compounds from carbon dioxide four billion years ago, thus becoming a harbinger of life on the planet. In addition to a better understanding of the evolution of life on Earth, this discovery allows scientists to understand the possible chemistry of life on other planets.

“When we look for signs of life – whether on early Earth or on other planets – we rely on the biochemistry we know is present in life today,” explains Dr. Ramanarayanan Krishnamurthy, associate professor of chemistry at Scripps Research and lead author of the new paper, which is published in Nature Chemistry.”

Some bacteria on Earth today use a series of chemical reactions known as the reverse carboxylic acid cycle (r-TCA cycle) to metabolize carbon dioxide and water into chemical compounds essential for life. Many scientists believe that the r-TCA cycle occurred early on the Earth’s surface to form the molecules needed for life.

The only problem is that the current r-TCA cycle depends on a set of complex proteins that would not have existed before life evolved. The researchers showed that in the mysterious primordial soup 4 billion years ago, some minerals could have led to the same reactions without today’s proteins, but only under extremely acidic and hot conditions not suspected of prevalent on early Earth.

Krishnamurthy and colleagues wondered if another molecule could catalyze the same reactions under milder conditions. They knew that cyanide was present in Earth’s early atmosphere and began postulating a set of reactions that could use cyanide to produce organic molecules from carbon dioxide. Next, they tested the reactions in a test tube. It worked: cyanide works in place of proteins or metals to transfer electrons between molecules.

“How simple it was was terrifying,” says Krishnamurthy. We didn’t have to do anything special, we just mixed these molecules together, waited, and the reaction happened spontaneously. “

Unlike previous versions of r-TCA that used metals, the cyanide-based cycle worked at room temperature and over a wide pH range reflecting what was likely present on early Earth.

In addition, the team showed that cyanide enabled a simpler version of the r-TCA cycle, avoiding some of the less stable steps and intermediates of the modern cycle. Krishnamurthy suggests that this subset of interactions may precede the full r-TCA cycle in the emergence of life.

He adds that there is no way to prove beyond a reasonable doubt what chemistry was produced on Earth at the earliest. But the discovery of the new set of interactions allows for a new set of hypothetical conditions that may be compatible with life. This has implications for the search for life in our planet’s past and elsewhere.

“It frees us from saying that these minerals and these extreme conditions must exist,” says Krishnamurthy. There could be life evolving from this cyanide-based chemistry.”

Most viewed on PUBLIMETRO TV: